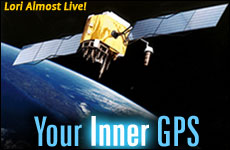 How to know which way to turn.

Women and the Land of Israel

Why Do You Want It?
Bechukotai 5782: Divine Retribution
Behar 5782: Working to Live or Living to Work?
The Wholeness of Being Broken
Comments
MOST POPULAR IN Spirituality
Our privacy policy