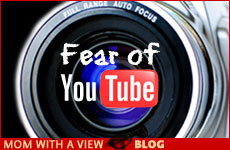 Imagine your life being broadcast online to the world.

Poor John Edwards. Not only was he caught on camera as he combed his hair for an inordinate length of time, but he had the misfortune to have someone play "I Feel Pretty" of West Side Story fame in the background -- and circulate the clip on YouTube.

YouTube is our modern candid camera -- without the scripting. Anyone filmed -- anywhere and at anytime -- risks seeing it broadcast online to tens of millions of users. It can be funny, clever and destructive.

Watching the John Edwards piece (there's a little of the voyeur in us all), I was struck by YouTube's potential power to embarrass and by its vast reach. And I was reminded of the mishnah in Ethics of Our Fathers that admonishes us to "Know what is above you: An eye that sees, an ear that hears, and a book in which all your deeds are recorded."

We tend to forget that the Almighty is watching. We fool ourselves into thinking He won't notice the small things (or the big things!). We act like children, shutting our eyes and thinking the Almighty can't see us if we can't see Him.
But, as YouTube demonstrates, someone is always watching.

If we knew the way we treated others would be shown on the big screen, would we modify our behavior?

It's sometimes hard to make fear of God a concrete idea or experience. But how about fear of YouTube?

If before every public action we imagined that it would be filmed and shown on YouTube, if we knew the way we treated others would be shown on the big screen, would we modify our behavior?

I think I would.

I don't think that's what done on YouTube is fair or particularly nice. I think it's always important to remember that today's perpetrators (you're laughing now) could be tomorrow's victims.

But imagining that today's actions could be broadcast online tomorrow (or sooner) is a powerful incentive to behave with kindness and caring. It's a tangible tool for connecting with fear of God.

John Edwards is still lucky. He was just caught looking silly. But that's not always the case. Not every video of our lives has "I Feel Pretty" as an accompaniment.

The Other Man6 min read