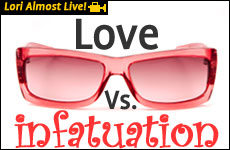 Love is a continuous choice.

What Would You Save?

Where Should We Live?

Confessions of a Mean Girl

Why Do You Want It?
What Makes Eli Run?
The Tyranny of Materialism
Science Enters the Mysterious Inner World of Consciousness
Comments
MOST POPULAR IN Spirituality
Our privacy policy