What Your Husband Really Needs 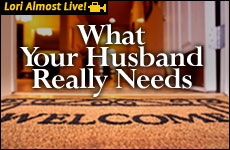 What happens when your husband comes home?

Chanukah's Glow
The Promise Of The Land
Which Chat Are You On?: Parshas Behar/Lag Ba’Omer
Do You Like Slow-Cooked Food? Thank the Jews
Comments