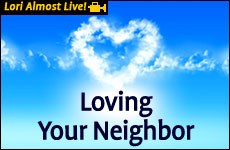 Where does God fit into the picture?

Give It Your All