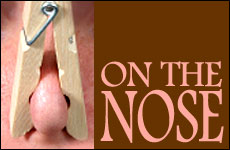 A freak accident caused me to lose my sense of smell. Bereft of smell, I was "smeft."

Felled by a dizzyingly high fever and flu for two weeks three winters ago, with aches and pains but nary a sniffle, I bounced back into life sooo relieved that it was over. I was a bit knock-kneed and thin but ready to rock n roll. It took me several days to realize I had fundamentally been changed in an invisible, but significant way.

I was putting on my favorite perfume for a formal charity event, and it hit me. I couldn't smell it. I crunched and inhaled until I hyperventilated. My nostrils dried and cooled and I dizzied as I inhaled it over and over again. I knew there was aroma there, but couldn't discern the familiar soprano highs and subtle low accents of this flowery, pricey fragrance. Had it expired very suddenly during my illness? There was no date on it. Or was it just my inability to absorb it? I had no idea how much to apply.

I ran next door to neighbors and asked them to sniff me. They recoiled, as I had apparently not only over doused and overdosed myself, but stepped in fresh dog dung on the way over. But, sniffing my wrists on their front stoop at arm's length, they described my perfume for me, commenting with the very adjectives my scented self might have used to describe it. I went home, panicking, and opened the refrigerator to inhale the minced garlic, onion, the kosher pickle jar. My membranes stung; physiologically something in my olfactory area was functioning, but I got no pleasure of recognition, no mouth-watering anticipation.

Anxious, I went sniffing for nasal stimulation. Alas, there was none. Air was just air. If I put an orange into my nose, I could smell its acidity, but at three inches away, it was devoid of scent. I had no range. In eating at the formal dinner that night, I got a soupcon of bitter, sweet, sour, salty and that was IT. My taste buds were crippled. I couldn't tell others. It would be ridiculous to tell them how lost I felt or seek sympathy at an event to raise money for a serious illness. Those unable to walk are handicapped. Those unfortunate unsighted are the blind. Those unfortunate voiceless are mute. Those unable to hear, deaf. In the hierarchy of human problems, this would seem so trivial. There wasn't even a WORD for it. I was simply bereft of smell. I was....smeft.

As this ailment malingered, curtailing my enjoyment of life, my internist sent me to an ear, nose, and throat specialist, who x-rayed my brain, searched my sinuses, gave me elaborate scratch and sniff tests. But the difference between spearmint and turpentine, between gardenias and lilacs were lost to me. The scratch/ sniff discs wafting natural gas, which operates my home stove, were a lukewarm presence with none of the specificity that would alert me if I'd left it on. Even skunk had no impact. The doctor diagnosed me with hyposmia (impaired) and said I might be fully without a sense of smell (asnomic) at some later point. He labeled this a disability, though not one sufficiently serious to get me a handicapped parking placard. It was a world without pity for the smeft.

Now I felt all loss so much more keenly. I wept for the blind, for whom I read at the Braille Institute, felt compassion for the deaf who could not hear music or understand it from subtitles or signing, (fortunately for them, more prevalent in the media these days), and I felt ashamed of how sorry I felt for myself. Why, I was known for my smellability. My talent for detecting liquor on a man's breath at six paces, or when a passer by had eaten bacon. I had created emotionally significant scents in a form of olfactory exhibit whilst in college, reproducing small smell scenes from my youth in closets in the Science Building. I was awarded third prize in the Arts Festival that year for my installation entitled "The College Mixer." The blindfolded viewer (smeller) would enter the heated closet, inhale Right Guard and perspiration from a man's undershirt, with Brut's latest eau de jour on a man's dress shirt, accompanied by a guy blowing beer breath on the smeller's face. I was the Andy Warhol of smell.

As a mature, sensuous adult, the matrix of my wake a day life now felt unreal, like a nightmare state. In dreams there was no smell. Can anyone smell in their dreams? Perhaps pets do....I've watched their noses twitch in sleep.
Perhaps an animal, comparable to the seeing eye dog, could ferret out the smellable threats in my life, like pigs snuffled truffles. Maybe a smelling nose piglet could be trained to alert me to the fact that my artichoke was scorching the steam pot, or if I really needed to bathe after ballet class. Or maybe an anteater, or an elephant -- although that would probably necessitate investing in a stable in my back yard. Surely there had to be some assistance for the smeft. But there was no research, no telethon, celebrity association, and not even a minor surgery to correct it. Perhaps I would be smeft's spokesperson. But people would just laugh.

Maybe a smelling nose piglet could alert me if I really needed to bathe after ballet class.

Shorn of that sense, I began to realize how much I depended on it. For preparing dinners for friends, for purchasing soaps, cantaloupes, for recognizing my own self, and to whom I might be attracted. I tried every remedy, every offbeat recommendation: inhalants, flower remedies, sinus medications. Finally, after several seasons of smeft, I began to make peace with it. I found an online group for those similarly afflicted and read the poignant reminiscences of those, like me who were formerly scented. Behind closed computers, we wept for our smeftness.

Two years later, at a time when acceptance had become matter of fact, I went to a Russian Jewish healer who had talents, recommended for a lingering backache. End of the session, despite his incantations and machinations, my back still hurt. Next morning, I went for a long walk and came home, closed the door and smelled something foul. I looked down at my Chinese rug and saw a poop pourri of puppy waste smeared from the cookie cutter bottoms of my athletic shoes. "I can smell! I can smell!" I cried, never so overjoyed at a soiled carpet, potent stink, uncurbed dog, or Russian healer with lousy aim. I ran to the refrigerator and ate a green olive and was overjoyed. I smelled my precious perfumes, buried my nose in a rose and felt true gratitude for the prodigal return of my fifth sense that gave my life such previously unrealized dimension.

Since then, I've upped my donations to the needy and indigent everywhere and count my many blessings fervently. You never know what you've got til it's gone...and comes back! 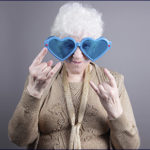 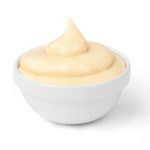 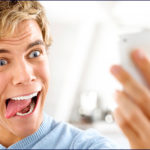 Selfies: Take a Look at Yourself8 min read