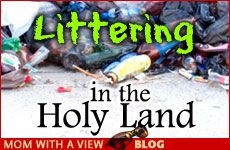 Thank God, the streets of Jerusalem are alive once again. There is bustle and energy, hope and joy. And sadly, lots of garbage.

When people want to make fun of California, they like to joke that there is an 11th commandment here: Do not litter. While there are certainly many aspects of life in this state not to be taken too seriously, I'm unsure why not littering is the target.

I would think that, in line with the responsibility to tend to the earth the Almighty gave us, is an imperative to keep it clean, to let its beauty shine through.

I would also think that it is befitting the aura of dignity and constant consciousness that we want to convey not to throw our trash on the ground. Call me by any Freudian neuroses you like, I'm appalled when I witness someone litter. I can't fathom that action or attitude.

Given this perspective, and given the fact that Californians are, in general, careful not to litter, I was painfully stunned on a recent trip to Israel to witness all the garbage on the ground.

I don't know who does it (and can thereby avoid speaking gossip) but it is such a desecration of the Holy Land and, in particular, the holy city of Jerusalem.

My husband, a kinder soul than me, suggested that perhaps due to bomb scares there weren't public garbage cans. It was a noble effort but I spotted them on every street -- with the trash lying all around them.

I don't think it matters who the perpetrators are (you can use those Freudian names again, but it is a crime to see the streets of our holiest city covered in garbage); we have a responsibility to clean up.

Thank God, the streets of Jerusalem are once again alive with tourists (when in doubt, blame the maid). There is bustle and energy, hope and joy.

I don't want to point fingers. I would just like to solve the problem. Besides giving the land of Israel extra holiness, the Almighty also gave the land tremendous beauty, which is frequently obscured by soda cans, candy wrappers and the foil from Krembos. We need to clean it up.

If everyone took responsibility for their street, their sidewalk, their apartment entranceway, we could make a difference. We could create an environment where littering, while not having the stature of the Ten Commandments, is frowned upon. We could create an environment where our appreciation of the land, and of the privilege of living there, is demonstrated through simple concrete actions.

We could create an environment that highlights the physical and spiritual beauty of the land. 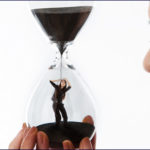 What Happened to Time?3 min read 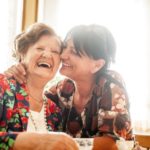 It Only Takes a Moment3 min read 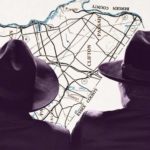