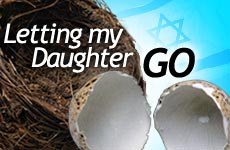 Sending your 18-year-old to the other end of the world is not easy.

Twelve years ago, my husband decided to take a sabbatical. We had recently purchased a home and I guess we were getting too settled. It was time to shake things up. It was time to go back to Israel -- to learn, to grow, to re-connect and re-charge. In six short weeks, we packed up, rented out our house, and registered our young children in Jerusalem schools and day care.

That summer, August 1990, we left Los Angeles. We opened the newspaper on the plane to learn that Iraq had invaded Kuwait. We took our children to their new schools where the IDF was stockpiling gas masks. We made a lot of black jokes about our impeccable sense of timing.

How could we teach our children about the importance of the Land of Israel and run when things were tough?

On January 7, I gave birth to a baby girl. On January 15, the Gulf War began. Sirens and sealed rooms. Terror and Tehillim. My mother-in-law bought us tickets to return home (home?) -- just in case. But we knew we would not -- could not -- leave. How could we teach our children about the importance of the Land of Israel and run when things were tough? How would it be possible to communicate the precious gift of being part of the Jewish people and abandon them in their time of need?

So we stayed. We studied Torah and flourished and deepened our love of the land and our people. The war ended, joy erupted, and a few months later our sabbatical came to an end.

We returned to Los Angeles to be greeted by the Rodney King riots, the Malibu fires, and ultimately the Northridge earthquake. (More black jokes about our sense of timing!) A safer life?

How can I let my daughter go? But how could I keep her here? Besides all the psychological reasons for allowing our children to fly, I can't be a hypocrite. Either I'm on board or I'm not. Either I put my money, my most precious "possessions" where my mouth is, or I live a lie. Either I stand with the Jewish people or I don't. And if I don't (to borrow from Hillel), what am I?

How could I rob my daughter of that once-in-a-lifetime opportunity to let the Land of Israel get into her bones?

And how could I rob my daughter of that once-in-a-lifetime opportunity to grow and connect, to let the Land of Israel "get into her bones," to feel the tremendous sense of family and power that is the Jewish people in their own country?

So she'll go. I'll be nervous. (Then again, I'm nervous every time she gets behind the wheel of the car in Los Angeles!) In fact, I'm feeling quite anxious. I've kept it at bay until recently -- running around, doing errands. But graduation is in a week, I had to buy new (very large) suitcases, and the ostrich has to lift up her head. I want to shelter her. I want to protect her. But where?

In the United States of 9/11, the murder of Chandra Levy, the kidnapping of young girls and the drive-by shootings...? I can't protect her. I never really could. She's in the Almighty's hands and always has been. It's just clearer now. And what better place to be than under the wings of His Holy Presence, in His holy land?

We'll pray and we'll be proud.

I know it's right and meaningful. I know that to live a life of value and commitment is the deepest pleasure available. So we'll pray and we'll be proud. Not just of her, but of all her friends -- most of her graduating class are also going (with strict orders about when and where they can meet each other!). And in Jewish high schools across America, it's become "de rigeur" for girls to spend the year following high school in Israel. And from what I can see, they're sticking to it, with few exceptions.

Our daughters are special -- and courageous -- and this seemingly small, almost taken-for-granted choice, will inform their whole lives. They will emerge deeper and stronger, and they will have the power to teach all of us what it means to have the courage of your convictions -- and to live as a Jew. 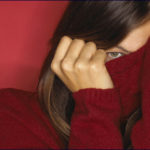 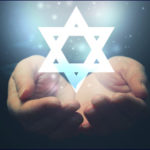 7 Reasons I am Grateful to Be a Jew2 min read 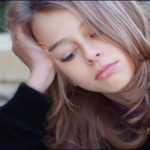 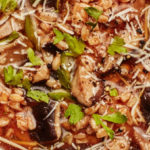