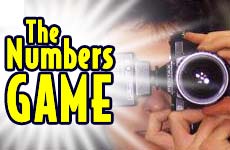 There is more than one way to define a large family.

I stood on the sidelines, watching the kallah and chasan (bride and groom) pose for pictures. The just-married couple -- my son and new daughter-in-law -- was surrounded by her relatives for the traditional photo of the bride's family. Besides parents and grandparents there were aunts, uncles, dozens of cousins, nieces, nephews -- there was so much family, bleachers were necessary to fit everyone into the picture. It was a thing of beauty, this mass of humanity ages 1 to 91, all dressed in their wedding finery and radiating joy.

I felt only envy.

Orthodox Jews take seriously the commandment to "be fruitful and multiply;" it is the very first mitzvah in the Torah. Families of eight or ten or more children aren't uncommon; extended family and occasions for celebratory simchas appear infinite.

Prodigious kinfolk are somewhat rare in non-observant Jewish families. As a ba'alas tshuva, someone who became observant later in life, one of the hardest things for me to deal with was The Numbers Game. When my children were small, they wondered why they didn't have many uncles or aunts. Unlike their classmates whose parents were frum-from-birth, my kids pondered why they didn't have dozens of cousins to celebrate the holidays with.

"And why don't we have any rabbis in our family?" they wanted to know.

"In our family, we have a special opportunity," I replied. "You will be the start of an entirely new Jewish generation of Torah scholars! And God willing, someday in the future your grandchildren will gather with their many cousins around your own holiday table!" But I admit I too was covetous, nor did I have the patience to wait decades until these hopes for offspring as numerous "as the stars of the heavens and as the sand which is upon the seashore" (Genesis 22:17) would materialize.

Rarely did my assimilated American parents' generation have more than two or three children. Of those siblings and cousins that married at all, they tended to marry "out" --tragically, there were more non-Jewish descendents at my grandmother's funeral than Jewish ones. My parents' clan was the typical American Jewish family -- would there be any Jewish relatives a generation from now? My husband also had a dearth of relatives, but their quantitative paucity was due not to assimilation, but Nazi extermination.

Unlike the 100 family members on the bride's side, we were a tenth of that number.

The wedding photographer beckoned; it was time for our side of the family to take pictures. The contrast between "them" and "us" was extreme. Unlike the 100 family members on the bride's side, we were a tenth of that number. Our children. One uncle. One cousin. Two grandmothers.

"Don't worry," the photographer said, looking us over, "this is gonna be quick and easy."

Paltry, and rather pitiful.

I let out a big sigh, exactly at the same time as my husband's mother.

"Isn't it wonderful? Who would have thought it possible?" my mother-in-law exclaimed, looking at the ten of us, a big smile on her face. "When we came to this country after the War, it was just my mother, me, and my husband. There was no one else -- everyone was killed by the Nazis. Who would have believed that I would live to see this day? From almost no one -- and now there are ten!" she marveled, surveying her two sons and daughters-in-law and grandchildren with nachas.

"And whoever thought I'd be a matriarch to all these kids?" my mother piped in, grinning.

I stood next to my newly married son and his bride, a beacon of promise for future generations of Jews. I smiled into the camera.

We may not have needed bleachers, but never before had my family seemed so large.

These Lights We Kindle
For Every Individual, A Torah Scroll
Allegiance To The Monarch
Meet the Real You: Yom Kippur
Comments
MOST POPULAR IN Family
Our privacy policy
Aish.com Is Looking for Great Writers