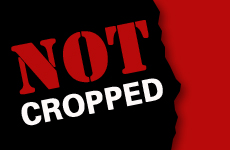 Noah Feldman admits controversial photo was not altered by school.

Noah Feldman, who ignited a firestorm of criticism last week with his pointed attack on Modern Orthodoxy in The New York Times Magazine, admitted this week that he learned before publication of his article that he in fact was not intentionally cropped out of his reunion photograph.

In the article, "Orthodox Paradox," Feldman, a Harvard Law School professor, asserts that he was erased from a newsletter's photograph by his former yeshiva, the Maimonides School in Brookline, Mass., because he was standing alongside his non-Jewish girlfriend. The reunion anecdote led off the story in a dramatic way and the image of Feldman and his wife allegedly being stricken from the photo appeared central to his feelings of being left out.

The photographer, Lenny Eisenberg, told The Jewish Week Monday that he had difficulty capturing as many as 60 reunion participants within a single frame. Eisenberg ended up taking several shots from one side, then the other, and several people on the far side -- not just Feldman and his fianc?e -- happened to be out of the picture when it finally appeared in the newsletter.

Josh Wolff, executive director of Maimonides, told The Jewish Week, "What we were accused of doing is false." What happened was "nobody's intent. It's very obvious that not everybody fit into the picture. Why some people were standing on the inside [of the picture] versus the outside was not orchestrated by us."

However, Wolff acknowledged that the school's alumni updates had indeed rejected Feldman's subsequent submission of his lifecycle events once it became known that Feldman eventually married his girlfriend, who did not convert, making his children non-Jewish according to traditional Jewish law.

Maimonides is a Modern Orthodox school but even in the Conservative movement it is denominational policy not to publicly celebrate intermarriage or the birth of a non-Jewish child. The Reform movement recognizes a child as Jewish if the father is Jewish, provided the child is raised as a Jew, but Feldman declined to say how he is raising his children.

"I never talk about personal things related to family," he told The Jewish Week Tuesday.

Feldman now says of the photo, "In life you can never be sure, and the truth is I never knew any of this until I saw the contact sheets, about two weeks ago. All I knew when I had the experience described in the article is that [Eisenberg] took a bunch of group shots and then, sure enough, I wasn't in" the newsletter photo.

"I felt that sense of being reminded of something I already knew," that his future with a non-Jewish wife would meet limited acceptance.

Asked why he didn't rewrite the story to reflect the newly discovered photo, Feldman responded: "When I first wrote it I was doing it from memory. When [the photographer] turned up the contact sheet there was no contradiction at all, as far as I could tell. They had several photos to choose from and they chose one that I wasn't in. There's no question that one could offer other explanations for what happened," other than that it was intentional. "It's not as if [the photo] was an outlying event. It fit right in with the other things [refusing to print his lifecycle notices]. This was a memoir of my experience."

Eisenberg, who is now based in New York, said the Times "paid my way to go back to [his Boston studio] and find the negative. They wanted to run the [reunion] picture to illustrate" Feldman's claim of being discriminated against because of his relationship with a non-Jew. Eisenberg returned with the photo but the Times opted not to publish it, he said, when it became obvious that there was no cropping but simply an overflowing of reunion participants beyond the camera's range.

"It's not like they could show that the only two people not in the picture were Noah and his girlfriend," said Eisenberg.

The photographer, also a Maimonides alumnus, said that after the 1998 reunion he ran into Feldman at a "Conservadox temple" when the conversation took place that Feldman recounts in the Times: Eisenberg told Feldman, "don't blame me," with Feldman assuming he was referring to the yeshiva's cropping because of his girlfriend.

Eisenberg now says he wasn't thinking of Feldman's girlfriend, only the photo's unwieldy circumstance. "I would have said the same thing" to any one of "16 other people" who didn't appear in the final picture.

"Maybe we didn't understand each other correctly," Feldman now says. "I thought he knew what I was talking about."

Feldman told The Jewish Week, "I completely understand why [Maimonides doesn't] publish intermarriage notices. I never said I was surprised. From the standpoint of Orthodoxy, of course they wouldn't publish my announcements.

"But from the standpoint of what most people call modernity, people would do exactly as my classmates did -- the overwhelming number of whom are very committed, traditional, Torah-observant Jews -- which is to be cordial and nice," Feldman continued. "That suggests that it is perfectly possible to incorporate social acceptance alongside what it means to be a halachic Orthodox Jew."

Courtesy of The Jewish Week

The Jewish Ethicist - Stand Up for Elders' Rights4 min read