Moral principles on how to treat your employees.

Q. Do employers have a responsibility to provide workers with decent working conditions?

A. Employers need above all to respect all agreements with workers. The Torah recognized that even though work agreements are in theory ordinary contracts between equal parties, in fact the employer tends to have the stronger position and is often in a position to cheat the worker with impunity. Scripture has a special word, 'oshek,' to describe this kind of behavior. The Torah has a number of explicit verses warning us not to exploit the worker in this way, for example: "Don't withhold (ta'ashok ) the wages of the poor and the needy, or the stranger in your land in your gates" (Deuteronomy 24:14). And in scores of places the prophets warned the wealthier classes against this kind of abuse, for example: "Don't cheat the stranger, the orphan, and the widow, and don't spill innocent blood in this place; and don't go after strange gods to your own harm" (Jeremiah 7:6).

Employers also need to respect workers' rights as established by legitimate laws or universal custom; the Talmud tells us that communities have the authority to regulate wages and prices in the public interest. (1)

However, we do not find any direct evidence in the Torah or in later Jewish law that any specific level of working conditions is mandated. If a particular level of wages or a particular workplace environment was agreed upon by both sides and is not restricted by law and regulation, we don't find any categorical basis to call the employer unethical or exploitative. There is no Torah-mandated minimum wage; on the contrary, any wage level agreed upon between employer and employee is legal even if it is considerably cheaper than the going rate.

However, there are a number of principles found in Jewish law which create varying degrees of moral obligation to treat workers "well", meaning at some minimal level even if they would consent to less. Here we will list a few:

In secular law, "equity" refers to cases where the letter of the law is suited to the majority of cases, but in a particular case rigid enforcement seems unfair and in fact contrary to the spirit of the law. In Jewish law, there is a parallel concept called lifnim mishurat hadin, meaning going beyond the letter of the law. Appropriately enough, this principle is learned from the verse "Do what is right and what is good." (Deuteronomy 6:18 and Nachmanides' commentary.) Even though the entire Torah is meant to give us explicit directives as to what is right and what is good, there is still a need for a general directive to act fairly and equitably for all those exceptional cases which fall between the cracks.

For example, the Talmud tells the story of Rabba bar Bar Chanan who hired some porters to move casks of wine; due to an unfortunate accident the casks slipped and broke. According to the strict letter of the law, the porters are obligated to pay a large sum for damages. However, the judge Rav felt that this judgment was unfair given the circumstances. The main reason for obligating people in damages is to make sure they take proper care, and in this case it seemed that the workers had indeed done their best to make a safe move. Another problem was that the workers were very poor, and could not afford to pay for the wine, while Rabba bar Bar Chanan was a wealthy person who could easily absorb the loss. In the end, Rav instructed Rabba bar Bar Chanan to drop his lawsuit and furthermore to pay the porters their wages! (2)

In another case, a Rebbe Chiya, an experienced businessman, gave some free advice to a poor woman. The advice turned out to be mistaken and caused the woman a loss. Rav instructed Rebbe Chiya to make good the loss. Technically he was not liable, but given the reliance the lady placed on Rebbe Chiya and the great burden of the loss, Rav considered that an exception to the rule was called for. (3)

There would be many comparable cases in today's marketplace. A wealthy employer would be expected at the very least to keep from collecting fines and damages from employees for losses due to circumstances beyond their control. This would be a characteristic of an equitable workplace. 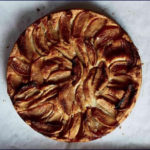 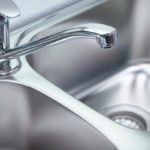 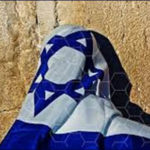 Jerusalem Day in the Shadow of Auschwitz4 min read

The People of Israel4 min read