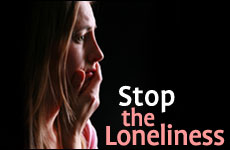 Don't let what happened to me happen to one more single person.

I do not know how it happened, but I am approaching 50 and am still single.

And I have given up. I know that I will never marry and have children. I do not write this article for me, but for those who still believe and have hope for a normal life.

I grew up in the typical, normal religious home. My parents were Holocaust survivors, so when I say it was a normal home, that is not l00% correct. It was normal for that generation. My parents, as all of those who survived had many issues, but not as many as some of my friends' parents had.

My father was very lucky. Having come from Europe directly after the war, he was taken in by an uncle who had moved to California two years before the war began. This uncle took my father under his wing, educated him, gave him a very good job and found him a wonderful partner in life, my mother. My mother was very young when she came to America and was therefore able to blend in quite well.

They had six children. All of us were close and had a wonderful childhood. I am the second to youngest. I saw all of my siblings marry wonderful spouses and had high hopes that the same would happen to me. Year after year went by and nothing happened. I'd like to say that I know why, but in all honesty, I can't. I was bright, attractive, from a wonderful family and have what everyone calls a good personality. I wasn't one of those girls who was overly picky. Yet, something went very, very wrong.

In the beginning, I didn't feel much pressure. I was young, working, had many friends and was enjoying being single. But as my friends and family were getting married, one after the other with seemingly little effort, I started to get nervous. I went to rabbis for blessings, took trips to Israel to pray at the holy sites of our forefathers and dated anyone and everyone.

But now I have given up. I am lonely beyond words, and worst of all, I will never know the joy of motherhood.

You are in the position to do make a difference. Do something about it now.

I write this article not for me, but to help those who are still searching. My words are not directed at them, but to those of you who have found your bashert, your soul mate. DO SOMETHING. Those of you who are married and have families have an obligation to those who don't. When one is sick we raise money for treatment. When one needs blood after surgery, we rally and donate. When a family loses a parent, we volunteer our time and try to help.

Well, the biggest disease of this generation is the thousands of singles, sitting in their homes alone and crying out to God for help.

You are in the position to do make a difference. DO SOMETHING ABOUT IT NOW. Don't let what happened to me happen to one more single person. I cry at how lonely I am and beg you to help.

Make it part of your life to fix up any and every single you know. This will save more lives than you'll ever know.

Don't sit silently and let our tears of loneliness fall without lifting a hand to help.

Crossing the Line 2: The New Face of Anti-Semitism on Campus