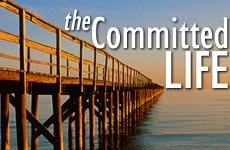 My first Sabbath taught me an important lesson about training the palate to enjoy the sweet flavor of success.

I had been traveling through Israel on my way from Crete to Kenya, and I was looking to while away a few months volunteering on kibbutz, not attending yeshiva. But it was November, when agricultural work is scarce and kibbutzim don't need volunteers. So when I happened upon an
institution offering room and board, together with a degree of
intellectual stimulation, it seemed a remarkable stroke of good fortune,
one that would provide a cheap and pleasant distraction for a month or
two or three. I miscalculated -- by nine years.

It didn't take me long to recognize the wisdom that permeated the walls of the study hall and to appreciate ancient traditions that guided the Torah community. Committing myself to a foreign way of life,
however, was an entirely different matter. I had arrived not knowing
aleph-beis, never having heard of Shavuot or Sukkot or Tisha B'av, never
having seen a lulav or heard a shofar. Talmudic study was intriguing,
the philosophy insightful, but I hadn't come looking to upend my life or
rethink my worldview, and I gave no serious consideration to doing
either.

The turning point came about three weeks after my arrival. The yeshiva's dean stood before the assembly of students one afternoon and addressed us concerning I don't remember what. But I do remember one idea from that talk, a simple concept that changed my life.

In order to defend my eventual rejection of Torah Judaism as sincere, I would have to give the Torah every chance of proving itself.

"There is an experiential dimension to Torah," the rabbi said, "such that a person can master the total knowledge of Torah and yet remain wholly unfamiliar with the essence of Torah because he has never
practiced it." The argument made perfect sense. And although I had no
intention of committing my life to Torah, I did feel an ethical
obligation to dismiss Torah observance for rational reasons rather than
emotional ones. Therefore, in order to defend my eventual rejection of
Torah Judaism as sincere, I would have to give the Torah every chance of
proving itself; after that I could walk away from it without
recriminations. And so I decided on the spot that I would keep the next
Sabbath, not out of religious conviction but merely as a practical
exercise the in the observance of Torah Law.

I enjoyed the Friday night meal as I had on previous Sabbaths, but upon returning to my room I made a most unwelcome discovery: the overhead light had been left on. Today, laboring to meet the demands of
three jobs and four children, I can fall asleep under just about any
condition. But back then I was considerably less resilient than I am
now, and a hundred watts streaming down onto my face would disrupt my
sleep as effectively as Chinese water torture.

The solution should have been simple -- turn off the light. I wasn't Sabbath observant; I wasn't observant at all. But I had made a commitment to keep that Sabbath which meant refraining from creative work -- including turning on or off a light. Of course, I hadn't expected it to be this inconvenient, but I had made the commitment nevertheless. How, in
good conscience, could I break my agreement with myself?

I tried to position myself so that the light was behind me, but nothing seemed to help. I lay on my bed, tossing and squirming, feeling like a fool. Why was I subjecting myself to this? What was
extinguishing a light to me? And even to those rabbis who
claimed to be the keepers of the word of God, how could the flicking of
a switch possibly qualify as "work" that is prohibited to do on the Sabbath?

Eventually, after what may have been hours, I did drop off to sleep. I awoke on Sabbath morning feeling more tired than when I had
gone to bed and feeling resentful toward this system of arcane,
irrational laws that had deprived me of a good night's sleep. But I woke
up feeling something else as well: a profound sense of satisfaction at
having followed through on my commitment. As I contemplated that
peculiar night over the next days and weeks, I couldn't remember ever
having put myself out to such an extent for no reason other than to keep
my word.

I never did get to see Kenya. Nor did I get to see Botswana, Nepal, Thailand, or Australia. What I got instead was a sense of the rewards of accomplishment, of struggling to master my impulses, to learn
aleph-beis, to understand the Talmud, to lead the prayer services, to
eventually become a rabbi myself and guide my own students in
discovering the raw pleasure of struggle and reward.

Unfortunately, as a teacher, I come head-to-head every day with this generation's aversion to struggle. It's easy to understand why: today's children have instant food, oven-ready and microwave safe; they
have predigested information spoon-fed to them in the class room and on
the internet; and they have multimedia entertainment that the mind
absorbs with as little effort as a lifeless body sustained by
intravenous drip. Many of them aren't even expected to throw away their
own trash or clean up their own messes.

So little is demanded of the young generation that they demand next-to-nothing from themselves.

So little is demanded of the young generation that they demand next-to-nothing from themselves. In school they are often expected to
merely regurgitate information without thinking or processing, and the
inflated grades they receive confirm their impression that mental effort
is a waste of time and energy. They have rarely been called upon to
challenge themselves or endure even a few moments of discomfort and,
tragically, they have never tasted the sweet flavor of success.

In his book, My Child, My Disciple, Rabbi Noach Orlowek observes that the word "discipline" derives from the word "disciple": only when parents and teachers demonstrate what it means to live according to
standards and discipline will children acquire a commitment to living
disciplined lives themselves. Many of us may remember a particular
rabbi or teacher who inspired us to learn, to achieve, to struggle to
become like him or like her. Such mentors succeeded in motivating
us because they communicated their confidence in our ability to meet
their expectations. What's more, they established credibility and
earned our loyalty by living as examples of the kind of people they
taught us we should be.

But high standards require hard work, and we only live up to our responsibilities as parents and teachers when we cultivate our
children's palates to savor the taste of a job well done. Movies and
adventure novels might have us believe that glorious conquests lie
waiting around every corner, but real life offers far more pedestrian
challenges: the way we speak to and act toward other people, the
respect with which we comport ourselves in synagogue, the effort we make
to give charity or to return a lost object are all decisions that wait
for us at every turn. And every one of these affords us a priceless
opportunity to show our children through example how the most demanding
obligations of a life lived with commitment and integrity yield the most
precious rewards.

How could any of us, if we really think about, ever weigh the importance of the Sabbath against the inconvenience of a light in our eyes? But our children will face many more subtle temptations in
seemingly harmless pleasures that will tickle their imaginations and
beguile their hearts. By living as models of Jewish values, by teaching
our children through example how to reject quick fixes and convenient
rationalizations, we bequeath to them the only enduring pleasure this
world has to offer: the satisfaction that comes from working hard and
doing well. In this way we can hope to raise children in whom both we
and God will take pride. What's more, our children will take pride in
themselves -- from their own efforts, their own struggles, and their own
success.

Why Less is More for Your Kids

Be a Playful Parent

Son, Skydiving is Dangerous
Why My Iranian Mother Didn’t Want Me to Become a Religious Fanatic
The Jewish History of Prague
Why the Sexual Revolution was Bad for Women
Comments
MOST POPULAR IN Family
Our privacy policy
Aish.com Is Looking for Great Writers