His parents are convinced the wedding should be cancelled, and they're going to war to prove it.

My fiance and I have recently gotten engaged after 8 months of dating. Now we are in a terrible predicament because there are huge wars between our parents. From the first time they met to discuss wedding plans, they have misunderstood each other and have pulled my fiance and me into it. I am 21 and he's 25, and has been living with his parents until now. They are very possessive of him and he doesn't want to admit it.

In arguments, he takes his parents' side, and carries over to me the negativity they spread about my family to the community. Plus they have insulted my parents to their faces several times. He doesn't understand how greatly hurtful this is. They feed him lies, and put on drama shows and cry to him, to play on his emotions and make him feel bad for wanting to marry me.

He and I cannot take this much longer. We're trying not to let it get in the way of our relationship, but it's getting increasingly difficult. Not only that, but I'm beginning to have doubts about whether I want to marry into a family like his. I'm afraid they'll criticize me behind my back, and make me feel bad for "taking away their baby." I do love him, and trust that he is a good person, but he also wants to please everyone, and the umbilical cord hasn't been cut.

Now his parents keep coming up with reasons for why we can't make an engagement party.

Both of us are in dire need of guidance on how to deal with this. I know that we make a great couple and that we would love and respect each other greatly. But the way things are going, we can't deal with the pressure it puts on our relationship. Help!

We are very concerned with what you've told us. This is definitely a very bad situation for you to be in. In-laws can ruin a marriage, and it seems that your fiance's parents are determined to prevent your marriage from taking place in the first place. There really is only one solution for you.

We think you would both benefit from the help of a third party to reassure you that there are ways for your fiance to become his own person, and still fulfill the obligation to honoring one's parents. Here are our observations:

Your fiance's parents are using pressure and slander to persuade him to break up with you, because they feel they can get away with it. If your fiance really wants to build a good marriage, he's got to confront his parents and insist that they stop what they've been doing. This is going to take a great deal of courage, and your fiance will need to have people with him for emotional support when he confronts them. You and a third party, such as a rabbi, should be there when this happens.

What should your fiance say when he speaks to his parents? He can re-emphasize the fact that he wants to marry you and wants their love and support, but if they insist on insulting you and your family and trying to dissuade him from marrying you, the marriage will take place without their blessings. He should also insist that they never insult or criticize you or your family in his presence, and if they do he will turn around and leave, or will hang up the phone. And he must be prepared to back up his words with actions.

We also think you should have your engagement party as soon as possible. Since his parents are giving you such a hard time, plan it without them. Tell them the date and ask for their guest list. If they don't want to give it to you, have the party anyway and invite his family on your own. (If you inadvertently leave people off the list, that will be his parents' problem.)

If your fiance can't go along with these suggestions, the two of you need to have a serious discussion about whether he is ready to get married in the first place.

If your fiance agrees to our recommendations, but his parents continue to make his life miserable, he should move out of their home before your wedding. He will need some respite from them, and will need to reduce the chance that they'll eventually talk him out of your marriage.

Please don't underestimate the amount of damage that hostile in-laws can do to a relationship. Even after your marriage, they can undermine the love a husband and wife have for each other, through unrelenting criticism and non-acceptance. You can still have a good marriage, but only if the two of you continue to be 100 percent behind each other and find ways to minimize the amount of havoc such parents can play in your lives. For example:

We hope that these suggestions are helpful. We wish you much success. 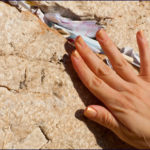 Broken: My Encounter at the Western Wall4 min read

Is There a Doctor on Board?1 min read

Your Key to Israel1 min read

Sending Our Son to the I.D.F.4 min read