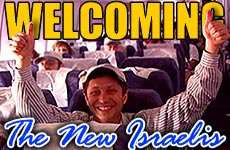 Believe it or not, there's a wave of immigration from the U.S. to Israel.

They stepped off the plane carrying stuffed animals, live animals, and even a Torah scroll. The 330 new immigrants from the U.S. and Canada who arrived on a charter flight from New York last week are part of a new American aliyah movement that's bringing hundreds of North American Jews home.

In an effort that is entirely privately funded, the Nefesh B'Nefesh organization (nefeshbnefesh.org) has succeeded where official Israeli efforts to encourage Western aliyah have failed. This latest flight brings the number of American olim to almost 1,000 in the past year, with another flight bringing an additional 350 people set to arrive on July 22.

In the past 20 years, an average of only 1,300 North American Jews have made the move to Israel annually. Nefesh B'Nefesh believes the cause is not a waning passion for Zionism or a lack of fundamental support for Israel -- but economics.

Western immigrants generate tens of thousands of dollars for Israel's economy through spending and family visits from abroad.

With the Israeli government recently undertaking drastic budget cuts, one area that's been hit hard is subsidies for new immigrants. Critics point out the fallacy of the policy, saying that Western immigrants generate tens of thousands of dollars for Israel's economy through spending and family visits from abroad.

Whatever the case, it is now in the hands of private foundations to pick up the slack -- and the key element encouraging this new wave of immigrants is financial assistance. Grants of anywhere between $7-18,000 per family are available from Nefesh B'Nefesh if the family stays in Israel for at least three years. After they get here, an aggressive employment counselor is available, as well as match-ups with veteran olim and assistance dealing with immigration bureaucracy.

Further, each new family received a cell phone starter kit, and was paired up with a “veteran immigrant” family from their new neighborhood to ease the transition.

"Without Nefesh B'Nefesh I would have had to work another few years to get enough money together to make the move," says Moshe Gruss, 26, from New Jersey. Moshe, young, single and observant, plans on attending Hebrew classes while studying in yeshiva and then joining the IDF.

PASSPORT CONTROL ON BOARD

A crowd of several hundred Israeli-Americans was on hand in the El Al hangar at Ben Gurion airport to greet the newcomers. For many, it was a chance to relive their own aliyah experience. "We didn't get this kind of hoopla when we arrived," said Dvora Kaplan who arrived in 1996, "but it's just great to see people coming even with today's security and economic conditions," she added, as her eyes scanned the disembarking passengers for her niece from Boston.

The Jewish Agency chartered plane pulled up directly to the hangar with the normally tedious immigration processing having already taken place: passport control officials and Interior Ministry workers were actually on board the flight to stamp passports and file identity card applications en route.

One young mother knelt down to kiss the ground with tears in her eyes.

Flag-waving El Al employees lined the walkway leading into the hangar, and a swarm of media descended on the new Israelis. One young mother knelt down to kiss the ground with tears in her eyes; one family couldn't quite keep track of their eight children and had to stop for an impromptu count; a sofer (Torah scribe) from Brooklyn held a Torah scroll wrapped in a prayer shawl as he carefully descended the stairs from the plane.

Most of the new olim are religious; around half are small children. There are hardly any families in the group with teenage kids -- a testament to the notorious difficulty of transplanting teenagers into a new society halfway across the world.

Some families plan for years before making aliyah. They have to save money, sell their home, organize medical records, and say goodbye to neighbors and friends.

Rich Brownstein, who built a Hollywood empire with his transcription company, is arriving on aliyah this week with his wife and two children. “We were sitting in our home watching the movers pack our stuff, on the day of a bus bombing in Jerusalem, and I started to worry,” says Brownstein. “And I realized that the real pioneers are those who drained the swamps. For us, it's relatively easy.”

Zev and Ariella Iverson chose to come before they had kids. Married for one year, the couple plans on living in Ma'aleh Adumim, just east of Jerusalem. Zev, born and raised in Washington State, says he has several friends who have concrete plans to make aliyah.

Netanyahu spoke of his own grandfather who was one of the earliest immigrants from the U.S. over 100 years ago. Netanyahu Sr. came to the U.S. from Lithuania and then made aliyah.

93 percent of those seeking jobs upon arrival are currently employed.

Tony Gelbart, one of the co-founders of Nefesh B'Nefesh, urged the government to establish a Road Map for Aliyah. "Israel needs to know it can be a magnet for U.S. Jews," he declared. Strong aliyah sends a message to our enemies too, he continued, and could go a long way in dealing with Israel's demographic challenges.

Nefesh B'Nefesh boasts an impressive success rate: Of the more than 500 immigrants the organization brought here last year, just one has returned to the U.S., and 93 percent of those seeking jobs upon arrival are currently employed.

Nefesh B'Nefesh has set a goal of bringing 100,000 North American olim over the next five years.

"There's something spiritual going on, there's something in the air," new immigrant Harry Zettel told the Toronto Star. "There seems to be a movement going on, especially among more religious Jews, to go back to Israel, to settle the land... We're not alone in this."

Judy Lash Balint is a Jerusalem based writer and author. Her website is www.jerusalemdiaries.com 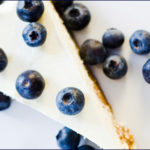 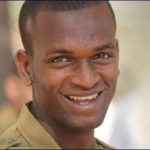 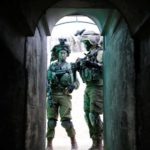 Tunnels in Northern Israel: What You Need to Know5 min read

The Kids Are Alright8 min read

Spiritual Side of Pregnancy10 min read