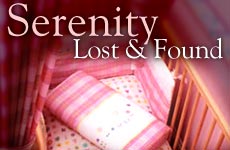 Early morning in a birthing hospital, amid the joyous sound of a baby's first cry, my wife gave birth to silence.

Note to the reader: This article was written a number of years ago.

When my wife told me last Friday that she felt no movement from the baby, I was only slightly alarmed. After all, something similar had happened the day before, and after a visit to the doctor, everything checked out fine. In fact, throughout all of my wife's pregnancies, we always had reason to panic at some point or another, only to find out later that the miracle of birth had proceeded as scheduled, thank God.

However, when the doctor told me in his calm but serious voice that I ought to take my wife for an ultrasound, since, for the first time, he was unable to locate the heartbeat, I too began to worry like never before. There we were, one week before the due date, erev Shabbos Nachamu which comes to console us after Tisha B'Av, rushing across Jerusalem to the hospital to confirm something that we thought could never -- and would never -- happen to us.

For years we had dreamed of a fifth child and another daughter. Our first daughter, who turned eleven that Shabbos Nachamu, longed for a sister after an interval of three brothers (who wouldn't?). And we waited with baited breath to see if we could deliver the most fantastic birthday present we could be a part of: a baby sister.

However, as the doctors at the hospital continuously searched for that heartbeat, any heartbeat and a sign of life -- first with the monitor, and then through the ultrasound -- hope faded with each passing second. The terrifying and unacceptable reality of a fetal death hit us like irreversible nightmare. By the time the doctors began discussing the importance and procedure of immediately removing the baby, we had descended into a state of emotional shock. Though they tried to convince us to stay, we instead opted to return home for Shabbos to deal with the nightmare.

Never before had I experienced such a sense of futility. To have come so far, for my wife to have experienced so much, and then for what? And what was worse, and uncomfortably ironic, we would have to go through all the normal procedures of giving life to a new human being, and right among those who would do exactly that, except that when all the pain was over and the time came to go home, we would leave without the cherished new child it was all done for. Never before had the words, "Vanity of vanities, it is all vanity..." rang so true for me.

And there was the overwhelming sense of guilt. What did I do to cause this to happen, and so close to the end? Both my wife and I asked ourselves this question, while each of us assured the other that it was not his or her fault. As we began to work it through to try to find meaning in what had happened and what we were about to go through, it began to occur to us that we had made some mistaken assumptions. Perhaps what had happened had been planned long before the signs of it happening became obvious.

From the mystical perspective, a miscarriage or a stillborn child represents the final stage of a spiritual rectification for a soul before it can arrive at its final stage of eternal bliss. It is a beautiful and holy idea, but otherworldly. Parents conceive children to bring them into the world, to give them life, and to share whatever they have with them... to nurture them from their state of total vulnerability to an age of independence and self-worth. Being a vehicle or a way station for a migrating soul is not what the average parent has in mind when going through nine months of pregnancy (and all that it brings), and the birth process.

Very early Monday morning in a birthing hospital, amid the screams of other women giving birth, followed by that joyous sound of a baby's first cry, my wife gave birth to silence. At first the midwife thought that the baby might have developed improperly. This was a temporary relief, because it means that we had been spared the birth of an unhealthy child. But the birth itself confirmed two painful facts: the child had been healthy, and a girl, a beautiful baby girl. It turned out that the umbilical cord had been responsible.

I was devastated. My wife had been very brave until the very last moment, and cradled the baby and spoke to her lovingly and sympathetically. For my part, words flew through my mind, like those of Job who suffered a far greater personal disaster losing his entire family: God gives and God takes... But I also heard words such as, "How could you do this to us, God? How could you tease us so... taking us down the road to so close to the end, and then snatch 'victory' away from us at the last moment... and make us go through the motions, for what? For a lifeless child to whom we will never be able to give, or hold again?"

But I also remembered the words of Rebbe Akiva, who, upon being tortured to death by the Romans, recited the Shema. His students were amazed that at such a personally painful moment, Rebbe Akiva could find it within himself to confirm the hand of God in all that he was going through, as if it had been no different from the happier, more successful moments in life.

What did the great Rebbe Akiva answer his students?

As a rabbi and writer, I have dealt with the topic of suffering, in order to help others to work through theirs and grow closer to God. But, thank God, tragedy is something that I had seemed to approach on several occasions, but in the end, had escaped. It gave my words of spiritual consolation a "tinny" sound to them; all of sudden, that sound faded and was replaced by the sound of crying.

My wife and I took turns holding our daughter, whom we named Shalva (tranquility), amazed at her beauty and purity. We desperately looked for a way to infuse a lifeless situation with meaning and life. It was not easy to do, for we had lived for almost a year with the belief that the baby had been ours, and destined to live out a normal, healthy and fulfilling life. We of course had no idea of God's alternative plan for our child. HIS reality and OUR reality, that week, came head on like two trains fighting for the same trestle, at the same time.

It is the total acceptance of God's reality that turns "hevel" (vanity) into "hevel" (breath of life).

Perhaps that was Shalva's greatest contribution to us. We learned through her short and hidden existence that, until that moment, we had merely paid lip service to that dual reality of God's master plan, and our own version of it. Through Shalva, within our minds, those two realities merged (though with resistance).

I became better suited to hear the message of Moshe's final parting words to the anxious Jewish nation:

We wish that our daughter had been born -- oh, do we wish we could have showed her our love, and the love of her family. It will take time to accept the finality of the situation. Perhaps we will always blame ourselves on some level for what could have been, but wasn't.

What amazes me the most, in the end, is how much love we feel for her, even though we never had the chance to know her at all -- something I believe made possible only after accepting life in this world to be as God sees it. This is the true basis of fear of God, which Moshe alluded to in his final words above, and which King Solomon used as the antidote to perceived meaninglessness in this world. It is the total acceptance of God's reality that turns "hevel" (vanity) into "hevel" (breath of life), and which allows us to accept our roles as "facilitators" for the spiritual completion of our fifth child, and second daughter.

For those who have known such tragedies, or worse, may the light and promise of the future provide hope and consolation, and bring only joy. For those who have not faced such adversity, may your sensitivity to the suffering of others be your merit to avoid tragedy. And may the merit of all the kindness showed to us by our family and friends, and to the countless others who have known pain and suffering, hasten the arrival of Moshiach and the third and final Temple.

Because You Are Jewish

How Rebbetzin Jungreis Changed My Life