The Jewish Ethicist: Racial Profiling I

Should law enforcement be color-blind?

Q. What does Jewish tradition say about racial profiling?

A. For years this has been one of the most popular questions to the Jewish Ethicist. I've never related to it because it is such a stumper. On the one hand, there is great ethical detriment to profiling. Yet the benefits can be compelling. Because of the highly complex nature of this question, we will break up the reply into two or more columns.

Profiling involves giving prominent consideration in security searches (law enforcement, airport security, etc.) to characteristics that have no direct connection with wrongdoing. These characteristics are used because they have a statistical correlation with a profile of criminals, terrorists, etc. For example, most crimes are committed by young men; comparatively few are committed by old ladies. So concentrating police searches on young men has a compelling logic. Yet being a young man doesn't cause a person to commit crimes, and I think it is fair to say that most young men are not criminals. Within the category of young men, certain ethnic groups have high rates of involvement in specific categories of wrongdoing, and from a pure law enforcement point of view there is obvious benefit for targeting them for searches, questioning, etc.

But the costs are also great. Let's examine a few:

Of course, some kinds of "profiling" are non-controversial. Everyone expects police presence to be greater in high-crime neighborhoods; this means that members of these areas are more exposed to police scrutiny than people who live elsewhere, though there is nothing suspicious or blameworthy about living in or visiting a dangerous neighborhood. However, it is worth pointing out that in this case the residents of the neighborhood are also most likely to be the beneficiaries of crime prevention. This correlation is not present when profiling is used in a public area such as an airport, where all are equally exposed to danger.

Affirmative action also involves a kind of profiling. A primary objective is to give certain minorities preference in order to make up for a past pattern of discrimination, but individual candidates for preferential admission or hiring are not screened to determine if their particular family was actually the victim of discrimination in the recent or distant past.

The Jewish angle in this week's column relates mainly to the Jewish experience. Next week we will bring a very intriguing source from Jewish tradition.

Jews are very sensitive to the topic of racial profiling because they have often been the victims of this practice. In the worst cases, such as blood libels, Jews have been held responsible for crimes in which they had no involvement whatsoever; Jews have generally been among the least violent social groups. In other cases, Jews have been prejudicially subject to scrutiny; if more Jewish transgressors were found, this was only because they were singled out for examination.

At some times and places, there may also have been some kinds of disapproved behavior which have been disproportionately present among Jews. (In my opinion, these have often been behaviors which in the past were considered reprehensible but today are recognized by many as constructive, such as running black markets in essential goods to relieve shortages.)

The response of Jewish leaders, including great rabbis, has generally been one of responsibility and accountability: if the accusations are false, community leaders have made organized presentations to convince leaders of our innocence. If they have a germ of truth, the Jewish community has sought the authority to deal with the problem themselves. For example, in a certain time and place in the Middle Ages a disproportionate number of Jews seem to have been involved in counterfeiting. As a result, our law responds by justifying far-reaching measures to fight this phenomenon, which was recognized as a threat to the Jewish community as a whole. (1)

I think that this is an excellent model, worthy of emulation. A significant part of the discussion should be at the level of the community, and not only at the level of individual rights. Too much of the dispute about profiling is about statistics and too little is about substance. For example, much has been made of the facts that minority groups seem to be searched more than whites. If the result is that a minority offender is more likely to be caught, and there is a possibility that equal protection of the law is violated, then leaders of a particular ethnic group have a legitimate claim and have every right to demand that procedures be changed. If the underlying problem is that group members actually have a higher involvement in crime, then I think that accountability demands that responsible leaders take the initiative to acknowledge and deal with the problem of wrongdoing in their community - perhaps obviating the need for the state to resort to racial profiling.

PERSONAL NOTE:
If you have a blog or participate in one (or many), please keep current and past Jewish Ethicist columns in mind as an interesting and ready source for thorough and accessible analysis of contemporary ethical dilemmas. 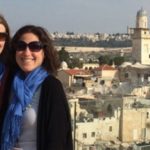 In Israel All Jews Feel like Family2 min read 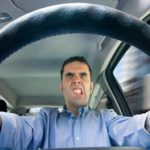 To Bris or Not To Bris?8 min read