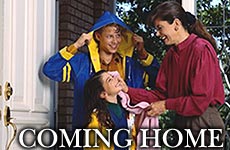 I cannot describe what I am feeling now. Words could not do justice to the love that has poured out of the hearts of my fellow Israelis. But since I'm rarely one who is short on words, I'll try.

I pulled into JFK airport yesterday afternoon. Immediately I was greeted by a cacophony of sounds, Israeli music, screaming children, anxious parents, sad friends, and bunches of blue and white balloons, imprinted with "Mazal Tov to the Olim" (Congratulations to the new immigrants -- literally 'ascenders'). There was a massive "balagan" (crazy mess) as 400 people said goodbye to 400 sets of friends and relatives.

This was the first time I ever heard us clap for the captain as we took off.

After we loaded onto the plane an announcement was made informing us as to just how diverse our group really was. We came from 23 American states, and from two provinces of Canada. The flight was crazy. There were 150 children under the age of 12, media from all over on the flight, and clerks from the Israeli Ministry of Interior to process our immigration papers mid-flight, so that we would not have to wait in long lines when we arrived in Israel. On El Al flights it is customary for the passengers to clap for the captain after he has made a safe landing in Israel. This was the first time I ever heard us clap for the captain as we took off.

I did not, could not, sleep a wink or eat more than a bite. I was excited, nervous, thrilled, scared, and happy -- all at once.

As we approached Israel and began our descent, the captain of the plane (this could only happen in Israel) shared the story of his family tree, and thanked us for moving to Israel at this difficult time in her history. Then the Hebrew music started playing, and when they got to "Yerushalayim Shel Zahav" (Jerusalem of Gold) I could not contain myself any longer and cried the sweetest tears of happiness. As I looked around at my fellow passengers, I saw I was not alone.

We quickly got off the plane -- I was lucky to be seated near the front. My eyes met a sight I will never forget. I looked out of the plane and saw an entire airplane hangar filled with people -- waving flags, singing, shouting, laughing, and crying. Some 1,000 people had gathered to greet my flight -- the 400 American olim.

The path from the steps of the plane to the hangar was lined with El-Al employees and government officials, all singing the traditional "Heiveinu Shalom Aleichem," hugging us and welcoming us home. For those of you with whom I have previously shared my dream of an ideal aliyah -- this was it. Singing, clapping, crying. Time for more tears. People were holding signs welcoming us, with tears in their own eyes.

It was a media zoo, with cameras, reporters, etc., from all over the world to report on this historic flight. I got to personally shake hands and be welcomed by Bibi Netanyahu.

Most amazing were all of the wonderful and kind people I have written about in the past, who all offered their hearts and hospitality to welcome me into the country. They all showed up at the airport! They drove hours to be there, sat out in the hot Tel Aviv sun until our (delayed) flight landed -- all to welcome someone they had never previously met.

I have received a little bit of media attention in the past weeks, and one of the stories in an Israeli paper ran a picture of me, mentioned that I was a law student and actually stated how much I owed in student loans (something I definitely did not want the country of Israel to know about). A man and woman came up to me in the airport and said that they recognized my face. The man was a lawyer who wanted to help me in any way he could, and he gave me his card. Someone else who also apparently saw the same article called up the offices of the organization I made aliyah through, and offered me a job! (My student loans are hefty!)

Today, for the first time, I sang the "Hatikvah" as an Israeli.

Anyway, there were tons of speeches and welcomes. But the most important moment for me was when we sang the "Hatikvah," Israel's national anthem, a song of hope for the Jewish state. Many times I have sung that song -- literally "The Hope" -- with feeling, pride and sadness. Today, for the first time, I sang the "Hatikvah" as an Israeli. I sang with a group of 400 new Israelis and it was the sweetest song I could have ever sung.

The rest of the process went smoothly, except for the hassle of officially changing my name to Noa Resi Hirsch, but it's done (I think).

As I exited the airport, there was a large group of people who were not able to make it into the hangar ceremony. Nonetheless, they gathered to support us, and one man was handing out little bags of books, candy and notes. When I asked him what organization he was from, he said none. He was here as an individual to support us. In the packet was the "Prayer for the Resident of Israel" and a book of Tehillim (Psalms) with the words "Welcome Immigrants to the Holy Land" engraved on the cover in Hebrew.

I'm in Jerusalem now. Night has fallen and it seems peaceful. Quiet. Beautiful.

Noa Resi Hirsch is a 22-year old law student, originally from Pennsylvania. She immigrated to Israel in July 2002, and hopes to resume her law studies in Israel. 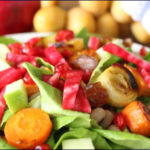 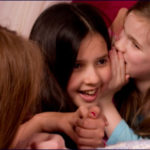 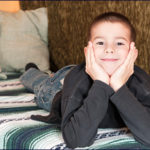