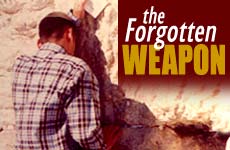 Military prowess and diplomatic maneuvering have not helped. Maybe it's time to look 'up.'

Why is it that the most powerful nation in the world proclaims its trust in God on its dollar bill, yet the nation that first revealed God to the world is afraid to publicly ask for His help?

Since Israel's miraculous founding more than a generation ago, the Jewish state has depended on -- and even grown to expect -- a steady flow of miracles from God. Think about the War of Independence, the Six Day War, the Yom Kippur War, the Entebbe rescue, the Gulf War...

Is there an educated, sensitive Jew alive today who denies that Israel has witnessed national miracles in our lifetime?

Today, Israel struggles openly with the Angel of Terror. Everywhere we turn, in our streets, our shopping malls, even our Passover Seders, the Angel of Terror pursues us. And unlike in the past, where the solution to our problems was clear to everyone -- even if it meant accomplishing the impossible -- now there is only confusion.

For Jews in Israel, with all our military might and moral high ground, seem to have our backs against the sea.

We are victims of horrific terror.

We try every diplomatic avenue for peace.

In order to avoid enemy civilian casualties, we use risky door-to-door combat instead of dropping bombs from airplanes.

Yet the world is against us. We the victims have become the terrorists. We are vilified in world political organizations. We are pressured to help create a terrorist state next door, and to give away our holiest sites.

If we give into their demands, it is suicide. If we don't give in, the world will allow us to be destroyed in an ensuing war.

Our backs are to the sea. This time, it's not Pharaoh and his chariots. Nor is it Haman and the Persian mobs. Nor Hitler and his Nazi storm troopers. This time, it's Arafat, Saddam, Osama and their hordes.

Do we eliminate Arafat, or do we keep on talking to him? Do we drive the Arabs out of the Land of Israel the way we drove out the Canaanites, or do we give them half of our land and half of our holiest city in a final effort to make peace?

We are at a turning point of history. There are simply no rational, secular, internal or external solutions to our socio-political situation. Until every Jewish man, woman and child comes to the realization that we cannot do this alone, blood will continue to flow on both sides.

The national miracles have stopped because that is the only way to stop the idol worship we refuse to abandon.

This is our wake-up call. Idol worship means thinking we can "do it alone." The truth is we can't, and never could. The national miracles have stopped because that is the only way to stop the idol worship we refuse to abandon.

In short, we need God's help.

There is only one prayer you need to know to bring peace to the Middle East. First, turn on the TV news. Now imagine that through the smoke and fire, the blood and body parts belong to a loved one. And just before the last wave of pain and nausea leaves your body and your thoughts start to drift back to the mundane, imagine you are a small child watching the same scene and say, "God, please save us."

Repeat three times a day, or as often as necessary, in groups of 10 or more for added effect.

Give God a chance. Jews have always been better off when we asked God to help. If you take one step, He will take a thousand. 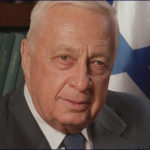 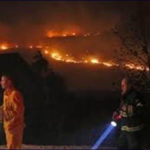