"The problem is not that Jewish students lack the facts, it's that they don't care about them in the first place."

Natan Sharansky deserves credit for calling attention to the vulnerability of Jewish students on American university campuses. Ditto initiatives like Aish HaTorah's Hasbara Fellowships, which has already trained over 400 students in pro-Israel advocacy on campus, and the recent conference in Jerusalem of Jewish university students to discuss campus anti-Semitism.

Alas, all the campus pro-Israel advocacy initiatives in the world are unlikely to have much impact: the battle is usually lost long before Jewish students reach campus.

Sharansky himself called attention to the widespread apathy of Jewish students after a recent tour of 13 university campuses. Only 10% of Jewish students are involved in any type of Jewish activity, he estimated. "The problem is not that Jewish students lack the facts," writes Shachar Yanai director of the student arm of WIZO, "it's that they don't care about them in the first place."

A University of Chicago student nicely captured the nub of the problem: Arab students are attached to their roots; we are not. As a consequence, Arab and Moslem students, despite being outnumbered by Jewish students, are much more highly involved in Middle Eastern politics than Jewish students. The Arab students speak with one voice and they stay on message: Israel is the source of all that ails the Middle East.

By contrast, the invariable reaction of Jewish students to classes given by defenders of Israel is: Now let's hear the Palestinian side. Fear of being propagandized does not similarly trouble Arab students.

The apathy and studied neutrality of Jewish university students has its roots in a Jewish education devoid of any particularistic Jewish identity. Most Jewish children, in fact, receive no Jewish education. But even those who attend Sunday school or afternoon Hebrew school imbibe few messages calculated to foster identification with their fellow Jews.

Among the liberal denominations all mention of the Jews as the Chosen People is verboten. Talk about the soul to Jewish Sunday school students, and they will stare at you quizzically or laugh; quote classic Jewish sources on the spiritual potential of the Jewish soul, and you will be called a Nazi race theorist. (Never mind that any human being can potentially acquire a Jewish soul through conversion. I never heard of an Aryan by choice.) Even opposition to intermarriage is deemed racist by a full half of American Jews, according to a 2001 American Jewish Committee poll.

The most positive message about Judaism that the average Jewish child will ever hear in synagogue is: We were the first to champion such universal values as justice and morality.

That exclusive focus on Jews as the bearers of universal values is both false and inadequate. As Cornell professor Jeremy Rabkin, who was in town last week to deliver the Shalem Center's annual Zalman Bernstein Memorial lecture, put it to me: Jews have always been the great barrier to universalism. We rejected paganism's easy tolerance of all gods, and we have been the great naysayers to the universal monotheistic creeds that seek to unite all mankind under the banner of one religion.

In the ancient world, Jews were hated for insisting on their difference, and they are hated today for the same reason. That is what lies behind Tony Judt's disdain for modern Israel as "an anachronism"' in a world in which people intermarry freely.

The focus on Jews as harbingers of the universal concepts of justice is as inadequate as it is false. It provides no reason for the continued existence of the Jewish people in a world in which these values are allegedly widely dispersed. Nor does some long ago common ancestry (recall that over half of American "Jewish" children under 10 are being raised in homes with only one Jewish parent) provide more grounds for American Jews to identify with Israel.

As a result of their "Jewish" education, today's Jewish college students arrive on campus with roughly the same attitudes that characterized the young intellectuals in the 1961 Commentary symposium "Jewishness and the Younger Intellectuals." The younger intellectuals professed no interest in their religion - either as students or practitioners -- and no fear of intermarriage, either for themselves or their children. Even at a time when Israel was still viewed as a doughty David, the Jewish state failed to engage their interest.

The panelists treated the name "Jew" as, at best, a metaphor for the alienated intellectual. And Jewish victimhood was, in their eyes, the most positive thing about Jews, for it imbued them with a special sensitivity to the socially downtrodden.

Such attitudes provide no bulwark for the Jewish student that will help him or her withstand the ostracism and worse that goes with identification with Israel. Lacking any particularistic Jewish identity, many Jewish students are hurt and angered to find themselves identified in the eyes of others with Israel, the most concrete expression of Jewish nationhood.

In an effort to avoid that association with Israel, some attempt to prove their progressive bona fides by leading the attacks on Israel. For others, the easiest way to shed one's identification as a Jew, at least at a subconscious level, is through intermarriage.

Tell us what you think can be done about the situation in the comment section below. 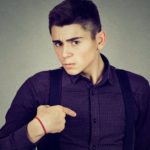 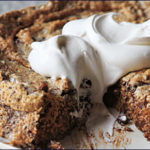 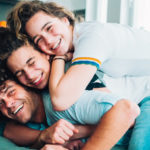 The Other "M" Word3 min read

Of Fares and Fairness4 min read