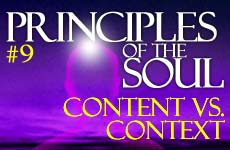 One of Judaism's secrets to having healthy marriage: Step away from angry content to relate to your partner in context.

She comes home from work, the kids are tired and hungry. They begin to fight. They refuse to eat the pizza because they don't like the box it came in. In the midst of the commotion, they knock over her favorite vase.

Just then he comes home -- late. She turns all her anger and frustration on him.

"Why are you always late? You think it is my job to run this family alone? What makes you think you can get away with taking me for granted!"

He reacts with anger. "Look, I had an important meeting okay? Didn't you tell me we need a new car? I don't need this!"

On it goes, escalating until he finally walks out the door, slamming it behind him.

Her ego and his ego just danced the tango with each other.

HER EGO VS. HIS EGO

Now picture the same scene, except instead of him reacting to her words, he looks at her with compassion and says, "Honey, can I give you a hug?" She crumples into his arms saying "Thank you, that's just what I needed."

What did he see that allowed him to respond in this way? Instead of taking her ego seriously, he saw the situation for what it was, his spouse caught up in an upset ego state.

Put simply he focused on the context of her words as opposed to the content. Herein we have one of Judaism's secrets to having healthy relationships -- look beyond the content of someone's words to the meaning. The Sages teach us, "Don’t look at what he says, look at what he wants." Look at the bigger picture and see where they are coming from.

Focusing on the context as opposed to the content is critical to raising children.

Focusing on the context as opposed to the content is critical to raising children who often lack to skills to express their feelings. A good parent is constantly looking past their children's behavior to where the child is coming from. If the child acts out, do we react to the misbehavior or do we ask ourselves if the child is just tired or in need of attention.

If we miss the context and just react to the behavior we won't give the child what he or she needs, and probably just end up perpetuating the behavior we're trying to stop.

Truth is, when we get caught up in the ego, we all act like children. We may be able to make ourselves sound like intelligent mature adults, but underneath it all we cry out, or act out in hurt.

The wisdom of looking beyond the content to the context of a person's words gives us the ability to see that it is just the person's ego talking, and not his or her true self.

Getting caught up in ego content is like seeing someone drowning in quicksand and jumping in yourself.

If we focus on where they are coming from, we won't get pulled into their ego driven upset state. Getting caught up in the content of someone else's ego thinking is like seeing someone flailing wildly in quicksand and jumping in yourself. Now you both sink.

The Sages say, "Words that come from the heart, go into the heart." When a person speaks from their essence, their soul, without any ego attachment, the other person will be touched immediately, even if they are caught up in the throes of the Yetzer Hara. Looking past the content to the context is like throwing a life preserver into the quicksand and pulling the person back to safety.

In the second scenario, when the husband reacted to the wife's outburst from the soul -- with compassion -- it was all she needed to pull her out of her state.

HOLDING UP A MIRROR

This is another principle in relationships, when a person caught up in his ego is shown compassion and understanding, it is like holding a mirror up in front him. It pops the bubble of his ego, and brings him back to his senses.

I remember as a kid coming home from hanging out with friends in the wee hours of the morning.

I had forgotten to tell them where I was. I remember being terrified of coming home. As I ever so quietly opened the door and tiptoed into the hallway I looked up into the towering figure of my father standing over me with his arms crossed. He didn't look happy.

Before he could say anything, I looked into his eyes and said, "Dad I'm so sorry, I should have called, I know I caused you a lot of pain and I hope I can make up for it." I could see his face go from angry to pained to relieved before my eyes. "Let's don't do that again," he said gently. I didn't. 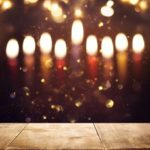 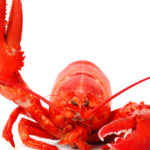 Being Jewish: Why Bother?3 min read