Is it permissible for providers of vital services to go on strike?

Q. Our area recently had a strike of firefighters. Is this ethical?

A. Before we turn to the specific area of vital services, we should mention that the
overall approach of Jewish tradition to trade unions is generally favorable. Our law acknowledges the right of members of a particular trade to organize together into a guild or union. In fact, such a union is granted the status of a kind of community, including limited authority to regulate wage rates and working conditions -- subject of course to appropriate community oversight to prevent abuses. (1)

While it is true that unions have the disadvantage of being a monopoly, they also create many advantages. From an economic point of view, they may encourage not only monopoly but also productive collaboration, and provide an effective voice for the point of view of labor. We should also look beyond the economic impact of organized labor to its human impact. Economic competition among fellow members of a trade can lead to alienation and mistrust on the social level; the economic solidarity created by a trade union helps foster an attitude of friendship and solidarity.

Since unions have the right to regulate wages and working conditions, it follows that if the strike is a private matter of negotiations between the workers and the employer (or customer), there is no inherent ethical problem in striking. Just as an individual may decide that he is not willing to work for a particular wage, so may a union make such a decision. All that is necessary is for the union to be a legitimately formed body representing the membership, and for the decision to strike be made in an appropriate way with the approval of the majority of the union members. (2)

However, there are many common situations where other factors are at stake; in these cases a strike cannot be viewed as merely a negotiating tool.

One example is the case where a contract has already been agreed upon. Striking in such a case obviously calls into question if the workers originally negotiated in good faith. Re-opening negotiations would be justified only if there were new circumstances that the sides never considered when they made the original contract. (3)

Another problematic example would be the case of a strike of some kind of essential service, which would cause harm not only to the employer but also to the public at large. The greatest rabbinical authorities of recent generations have viewed striking in such situations as a last resort only. Salary disputes in vital services should be referred to arbitration; strikes may be considered only as a way to compel the employer to participate in such arbitration. (4) Another desperate situation which could justify such a strike is if salaries are actually below subsistence. In this case, Rabbi Moshe Feinstein wrote that striking can be sanctioned because the interests of the workers and employers are not really opposed. Rather, it is in the interest of all parties to create a situation where salaries are sufficient to maintain a functioning workplace. In this rare case a strike may actually have the effect of rejuvenating the workplace, rather than damaging it. (5)

We can readily apply these insights to the plight of the firefighters, who certainly provide a vital emergency service. First of all, the fundamental right of these skilled workers to organize and bargain for favorable working conditions is certainly acknowledged. Second of all, given the vital nature of the service they perform, a strike should be considered a last resort measure for attaining these goals. Rather, the union should press for an impartial forum in which their demands would be given appropriate consideration.

A strike would be justified only if the authorities refused to convene such a forum or to abide by its conclusions. Alternatively, a strike might be proper if wages are so low that if allowed to continue they would lead to an unacceptable deterioration in services due to the inability to find sufficient manpower.

The Jewish Ethicist is a joint project of Aish.com and the Business Ethics Center of Jerusalem. To find out more about business ethics and Jewish values for the workplace, visit the JCT Center for Business Ethics website at www.besr.org. 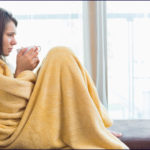 Knocked Out by the Flu4 min read

Why I Wear a Scarf1 min read