Who Owns the Million-Dollar Baseball?

Two fans claim ownership of the baseball Barry Bonds hit for his record-setting 73rd homer. How might Jewish law decide the case?

A trial in San Francisco will decide who owns the baseball, said to be worth $1 million dollars, that Barry Bonds hit for his record-setting 73rd homer. Is it Alex Popov, a fan who appeared for a split second to catch it, or Mr. Hayashi, a fan who ended up holding it after a scramble?

"I caught the ball. I possessed it but then I was mugged," said Popov.

"I plucked the ball from the ground after being pushed there by the mob," said Hayashi.

The videotape does seem to show Popov snag the ball for a split second on the fly, but it is impossible to tell whether he still had the ball before tumbling beneath a crush of frantic fans.

There are situations in which the finder of lost property has no obligation to return it to the original owner and may keep it for himself. One such situation is where the original owner abandons the item, as in the case of Bond's baseball. But what happens if two people are holding on to an item of abandoned property and each claims to have found it first?

There are three possible halachic solutions to the problem.[1]

The first is to divide the object, or the proceeds from the sale of the object, between the contestants.

The second is for the court to confiscate the ball from both parties. [2]

The third is to require each contestant to do something that demonstrates to the court that he is not lying.

In most situations not involving abandoned property, when the contestants have competing claims which cannot be resolved by evidence, the matter is resolved by equally dividing the value of the disputed object between the parties in accordance with the halachic rule "Mamon hamutal besafek, cholkim," money placed in a doubt should be divided [3]. If this solution were applied to this case, it would encourage people to grab the item from the hands of the original finder and falsely claim that they found it first. They would then enjoy the undeserved windfall of half the value of the grabbed item. The result would be a scuffle similar to the one witnessed on the baseball field.

The second solution of confiscating the abandoned object is equally unsatisfactory because it does not discourage grabbing and lying. After all, neither party will be out of pocket if the court confiscates the baseball, so why not try to grab and lie?

The third solution is for each contestant to take a "shavuah," an oath invoking the name of God that each one owns not less than half the abandoned item [4]. The assumption is that nobody will risk the penalty of Karet, premature death at the Hand of God, which is the Torah's consequence for taking a false oath, for half a baseball and so the truth will out.

Invoking the name of God through an oath is a serious matter. The Rabbis will shrink from employing this "trial by ordeal" solution unless they can find an analogous case in the Torah itself.

Generally, the Torah does not require a defendant to swear that he does not owe the plaintiff money, based on the Torah principle "Hamotze mechaveiro, alav haraeyah," -- the onus is on the plaintiff to prove his case [5]. In the absence of such proof, the defendant walks.

However, there are situations in which the Torah requires the defendant to take an oath in support of his case. One such case is where the defendant is "Modeh bemiktzat," he admits to part of the claim against him but denies the other part of the claim [6]. He admits, for example, that he borrowed $100 dollars but claims that he repaid $50. In this situation, the halacha imposes an oath on the defendant because there is a concern that in fact, he does owe $100 and though he is not brazen enough to deny the entire amount, he is under sufficient financial pressure to deny part of it [7].

The second situation in which the Torah requires a defendant to take a Shavuah is when the plaintiff produces only one witness to substantiate his claim [8]. Although the rule is that all monetary claims must be supported by two witnesses, one witness establishes enough of a case to require the defendant to take an oath in support of his defense.

Raphael Grunfeld, the author of Ner Eyal, a collection of topical ethical dilemmas with sources, is the son of the late Dayan Dr. I. Grunfeld of the London Beit Din, the author of The Sabbath, The Jewish Dietary Laws and The Jewish Laws of Inheritance, and translator of the works of Rabbi Samson Raphael Hirsch. After studying Talmud at the Gateshead Yeshiva in England, Raphael received his Bachelor of Laws degree from the Tel-Aviv University and his Master of Laws degree from London University. He is a member of the Israel and New York Bars. Raphael practiced law in Israel for twelve years before moving to New York in 1985, where he is a partner in the Wall Street Law firm of Carter, Ledyard and Milburn. Raphael lives in Riverdale, New York, with his wife and two sons. 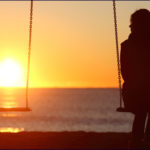 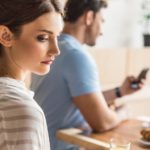 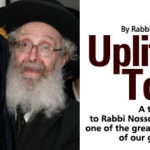