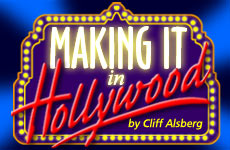 What happens when a successful television executive realizes that he is responsible for the content millions of people would end up watching?

As a young network executive, I once sat with producer Aaron Spelling during four, grueling winter days, casting his new, one-hour dramatic series, "Charlie's Angels." There we were, trapped in a small conference room on the fifth floor of ABC's Century City headquarters, while a parade of over 300 impossibly gorgeous starlets tried to dance, sing, act and otherwise ingratiate their way into our hearts... And into a highly lucrative, coveted leading role on what was inevitably to become a true American Classic (to use the term loosely).

On the heels of that enormous ratings success (Thanks, Aaron!), I eventually rose to the exalted status of Vice President, Dramatic Programs, having added several other illustrious shows to the ABC lineup that also went on to become certified mega-hits. At some point during my five-year tenure, I remember once being asked at a press conference how I could justify putting a graphically violent show like "SWAT" on the air. What an amusing question! The idea that someone would actually hold me morally responsible for a show's content!

I was not hired by ABC as a sociologist or a theologian.

My response was neither rude nor flippant -- just straightforward and, for that particular time in my life, honest.

I said that I was not hired by ABC as a sociologist or a theologian. My mandate was to deliver hit series -- find and develop the kinds of shows that I, myself, would like to watch. Period. Luckily for ABC, my tastes at that time included gorgeous ladies, pricey sports cars and graphic violence.

If I were asked that same question today, however, that would not be my response. In fact, I wouldn't need to respond at all because I wouldn't put a show like that on television anymore.

Although it was an agonizingly slow process, I do remember waking up one morning six or seven years ago realizing that I was an observant Jew.

Whoa! Talk about a little eye-opener before your first cup of java! How quickly things can change. Like values, for instance. Once a modicum of Torah permeates your sensibilities, you begin to take on all manner of annoying social perspectives. I realized for the very first time, for instance, that I really was responsible for a program's content that millions of people -- both kids and adults alike -- would end up watching and absorbing. "You are what you watch", was Fox Television's battle cry during last February's sweeps. How true.

Now that I'm the father of two adorable little kids, would I let them watch the kind of shows I had been producing? Hardly.

Given the nature of Hollywood, that sobering realization meant that I would either have to find another profession, or seriously modify my job profile. That's a tough call when the only career I'd ever known was "The Bizz."

Fortunately for me, the Almighty worked it all out for the best (as He usually does) and placed me at PorchLight Entertainment, a West LA-based production company dealing exclusively with family themes.

At PorchLight I realized that there was, indeed, a small but workable market for clean family fare that carried positive themes. I exec-produced half a dozen innocent little tele-films that didn't shatter any ratings records, but putting my name on them didn't make me cringe either. My concerns about "content?" It seems that my prayers were answered.

The "business" of Hollywood, however, didn't go away. By and large, agents, studio execs, network programmers and producers continue to do business the old-fashioned way. They operate with a sense of desperation born of knowing that they are, after all, only as good as their last hit. This all-pervasive, ‘what-have-you-done-for-me-lately' mentality makes for rules of civility and honesty that are, shall we say, "flexible."

What works best in Hollywood is what works in real life.

To be truly "hip," most meetings are peppered with language that would make Tennessee Williams blush. And of course, stock industry phrases -- like "I'll get back to you," "Hey, we love it -- it's a done deal," or my all-time personal favorite, "Look, it's your show -- we won't do a thing without you!" -- are still operative code words that nine times out of ten really mean, "Go hire yourself an expensive lawyer, pal -- ‘cause you're gonna need one!"

Bottom line, I've discovered one thing: What works best in Hollywood is what works in real life. Say what you mean and deliver what you say, when you say you'll deliver it. Treat everyone exactly the same -- honestly and respectfully. Learn the Torah's laws against gossip (Lashon Hara) and apply them to everything you write, pitch and eventually produce. Look at everything you do or say from the perspective of who you might damage with a careless word or an inappropriate joke. Know when to take a stand and fight for a principle, and, once you start, don't ever back down.

Cliff Alsberg is a Hollywood screenwriter/producer.