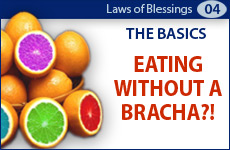 It is worse to eat without a bracha than it is to waste food.

In the previous class we discussed what types of food require a bracha. Now we'll learn what to do if you accidentally put food in your mouth without reciting a bracha.

If You Forgot to Say a Bracha

If you are eating and realize that you forgot to say bracha, you must say a bracha on the remaining food. Even the food that is already in your mouth may not be swallowed before a bracha is said. This situation presents a unique dilemma, because reciting a bracha with a full mouth is not allowed:

King David wrote in Psalms 71:8: "My mouth should be filled with Your (God's) praise." The Talmud1 learns from this verse that when reciting a bracha, your mouth must be void of any object or food, so that it is "filled" only with God's praise.2

Seemingly, the answer is simple: Remove the food from your mouth, then say a bracha and continue eating. But this can also be problematic. If you've already chewed up the food, once it's removed you probably won't want to put it back in your mouth. So by removing the food from your mouth you are, in essence, wasting that food – which is prohibited!3

So here's what to do: 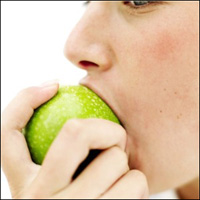 So we see a hierarchy of principles:

To summarize, if you accidentally put food in your mouth without saying a bracha:

Brachot may only be said prior to eating. Once the food has been swallowed, you may no longer say a bracha on that food.7 According to most opinions, a bracha said after you are finished eating would be a blessing said in vain, a bracha levatala.

There is, however, an opinion that Brachot are effective retroactively. Although we don't rule according to this opinion, in deference to this view, there is a way to "make up" the missing bracha.8 Even if there is there is no more of the original food available, you can find another food that requires the same bracha as the food you just ate. The bracha on the new food will be retroactively effective – if not entirely effective – on the food you previously ate as well.9

Giving Food to Someone Who Won't Say a bracha

Since it is prohibited for any Jew to eat without saying a bracha, you may not serve food to someone who does not say Brachot.10 By doing so, you would be causing him to transgress the command "not to put a stumbling block before the blind."11 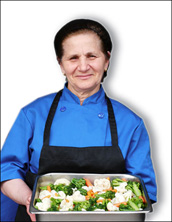 But given as there is a general obligation to welcome guests with food and drink, what should you do on the occasion you have to host non-observant guests?

One approach is to pleasantly suggest that the guest says a bracha on the food. This presents a nice opportunity to teach others how to say a bracha, and they are often happy to oblige.12

A "lighter" version of this is to simply propose that the guest listen to your bracha, and answer "Amen."13

Sometimes, however, asking someone to participate in a bracha may cause them to feel animosity or resentment toward you or toward Judaism in general. If this is the case, then you may serve the food even though they will eat it without saying a bracha. This is because causing someone to be negative toward Judaism is considered a worse "stumbling block" than eating without a bracha.14

This principle also applies in a case where you've invited guests with the intention of bringing them closer to Judaism, and you estimate that introducing the whole topic of Brachot at this stage could "turn them off."15

In such a case, however, there are two ways to minimize the problem:

This concludes the fourth class on the laws of Brachot. Our next class will begin the real nuts and bolts of the particular Brachot said on different types of food.

42. Natural Phenomena
The Blue Beyond
Great Place to Live
Is Eating Supposed To Be Spiritual?
Comments
MOST POPULAR IN Jewish Law
Our privacy policy