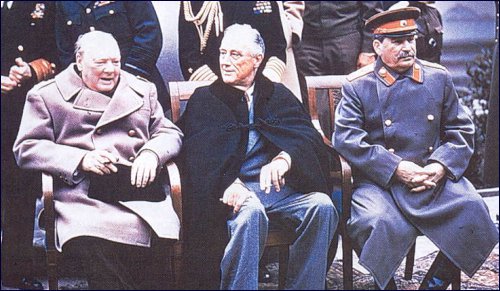 Exactly 75 years ago today, Nazi Germany invaded Poland, which valiantly sought to resist the onslaught, but was overwhelmed by the numerically and technologically superior invading army.

Two days later, on September 3, 1939, Britain and France declared war on Germany. The history of the ensuing years, until the day of Germany's surrender on May 8, 1945, has been extraordinarily well documented.

Over the course of nearly six years of battle on the European continent – not to mention other key military theaters in North Africa, the Middle East, and, of course, Asia – an estimated 50-60 million people were killed, and tens of millions more were injured, left homeless, or exiled.

Six million Jews, including one-and-a-half million children, were among the victims. Nearly half came from Poland, while other once-vibrant Jewish communities from Lithuania to Greece were almost totally wiped out.

In pursuing what they called the Endlösung, or Final Solution, the Nazis created an entirely new alphabet of genocide, from the letter "A" for Auschwitz, the most infamous of the concentration camps, to "Z" for Zyklon-B, the deadly poison gas used to murder vast numbers of Jews.

Indeed, the very word "genocide" did not yet exist at the time. British Prime Minister Winston Churchill said in 1941: "We are in the presence of a crime without a name." A few years later, a Polish Jew, Raphael Lemkin, coined the word "genocide" to refer to the Nazi campaign to annihilate the Jewish people.

First, the democratic world, humankind's greatest hope, must never suffer from a failure of imagination.

Adolf Hitler spelled out his goals in Mein Kampf (and elsewhere) years before January 1933, when he became German chancellor, yet an array of politicians, diplomats, journalists, and scholars in Europe and the United States chose, for a range of reasons, not to take him at his word.

Rather, they convinced themselves, and in turn sought to persuade others, that the responsibilities of governance would moderate the German Führer; that he didn't really mean what he said but resorted to rhetorical excesses to restore German pride after the humiliations of the First World War and the Versailles Treaty; or that he could serve as a useful bulwark against Bolshevik Russia.

Second, Winston Churchill was a heroic exception to this mindset. He was never in doubt as to Hitler's intentions, but, alas, he did not hold political office during the fateful years from 1933 to 1939.

Here, for example, is Churchill in his own words: "One day President Roosevelt told me that he was asking publicly for suggestions about what the war should be called. I said at once, ‘The Unnecessary War.' There never was a war more easy to stop than that which has just wrecked what was left of the world from the previous struggle [i.e., the First World War]."

Churchill was referring to the key moments between 1933 and 1939 – and there were several – when resolute leaders could have stood up to the Third Reich rather than avert their eyes, seek to appease, or convince themselves they were not seeing what was, in fact, staring them in the face.

Given the perilous state of the world today, no wonder that so many continue to quote Churchill and yearn for leaders who share his unflinching leadership traits.

Third, there are times when the tools of soft power – such as dialogue, negotiation, and compromise – do not work, much as they should always be the preferred options.

Driven by diabolical racial theories, territorial ambitions, and the yearning for a "thousand-year Reich," the Nazi regime could only have been stopped in one way, and that central message was finally driven home 75 years ago today.

To its credit, Poland understood it.

The Polish army fought back as best it could against the German blitzkrieg, but was no match.

Britain, now led by Churchill, and France declared war on Germany, but with the fall of France in June 1940, Great Britain stood essentially alone until June 1941, when the USSR entered, following its two-year Faustian bargain with Hitler, the Molotov-Ribentropp pact. And then, of course, the United States, with all its might, joined the Allied cause in December 1941, after Pearl Harbor.

Nothing less than unconditional German surrender was the Allied goal. After immense valor and at great sacrifice, it was achieved.

And fourth, it would have been impossible on September 1, 1939, to imagine the formation of the European Union, including, at its heart, France and Germany as partners and allies.

Or to think that 75 years later, almost to the day, a Polish prime minister would be selected to lead the 28 EU member states, and an Italian foreign minister, whose country was once allied with Nazi Germany, would become the foreign policy chief.

The EU did not come about by accident.

Rather, it resulted from the extraordinary vision of those leaders who, after the war's end, set out to create an alternative model for the blood-soaked European continent.

They were successful beyond their wildest dreams, though as long as the Berlin Wall defined east and west, they were limited in what they could achieve. After the wall's fall, however, the EU could expand still further, broadening the zone of peace and democracy, proving that history can indeed leap forward.

Meanwhile, when Polish and other Jews still had the chance to leave their countries as the storm clouds gathered, too often they had nowhere to go. They were locked out. In the 1930s, Hitler taunted the world, asserting that if everyone was so worried about the fate of the Jews, then other countries should take them in and resettle them. But alas, with tragically few exceptions, there weren't many welcome mats put out – not by the U.S., Canada, or Australia, not by Latin American nations, and not by others.

Had Israel existed as a sovereign state in 1939 rather than as a British mandate with severely restrictive immigration policies, how many more European Jews could have been saved from their tragic fate in Belzec, Buchenwald, and Birkenau?

Yet, astonishingly, only ten years after the war's start, the reborn nation of Israel, fulfilling the ancient vision of the Jewish people, was admitted to the UN, which itself was created only four years earlier.

Yes, the seemingly impossible can happen.

Just as the democratic world must be vigilant about the evils that lurk, so, too, it must never lose its capacity to envision and strive for still more leaps forward.

On this solemn anniversary, these are lessons well worth pondering.

The Morning After the Election

The Significance of the Spanish Elections
Olivia Newton John’s Grandfather was a Nobel-Prize Winning Jewish Physicist
Don’t Believe in Other Gods Versus God is One
Seeing Without Eyes
Comments
MOST POPULAR IN Current Issues
Our privacy policy
Aish.com Is Looking for Great Writers