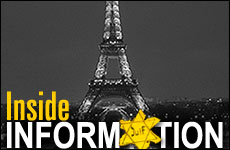 In 1942, Pierre, a French Jew, abandoned God. Then the Six Day War happened.

I met Pierre*, a French Jewish reporter, during a Shabbat meal in the Old City' of Jerusalem. He told us a remarkable story that took place during the Six Day War.

Pierre had run far away from God and any involvement in religious Jewish life. He lived with his family in Paris during the years before the Holocaust. In 1942, when he was 15 years old, he wore a Jewish star on his coat. The French word for Jew, "Juif," was sewn over his coat, identifying him immediately to any interested anti-Semite.

One day, while on a train stationed in Paris, uniformed Germans came aboard. Both Germans and French police were picking Jews off the streets and they began inspecting the riders. Pierre felt his heart move closer to his mouth.

Remarkably, some riders who saw the trembling young man began to push him farther to the end of the car, away from the German intruders. As Pierre neared the end of the car he could still see German officers approaching. During those frantic seconds he quickly tore off his yellow star. A Frenchman suddenly opened the door of the train and pushed Pierre out of harm's way. Luckily, no one in a German uniform saw what happened. Pierre proceeded as calmly as he could and left the station behind.

With the torn-off star came a fractured religious identity. Pierre promised himself he would never step foot into a synagogue as long as he lived. He wanted no part of the God of Israel.

He returned home where the family decided it would be best to send him to the Vichy section of France. As deportations of French Jews became more ominously frequent in the south of France he hid with non-Jews until liberation. Pierre kept his promise against God for over 20 years.

Then in early June, 1967, Pierre was summoned to the Paris offices of a major French newspaper for an emergency meeting. He was now the lead reporter for the Metropolitan Paris region. It was the first day of the Six Day War. Pierre had not yet heard any of the details of the war but he came immediately. He entered a smoke-filled room of colleagues. Noisy discussions resounded in the air, competing for space with thickening smoke. A number of Pierre's friends saw him and a sudden hush came over the room. Pierre was bewildered.

He urged his colleagues, "Please, friends, continue whatever it was you were discussing. Why should you stop talking on my account?"

The eerie silence continued until one of his peers came over to him. "Pierre," he gently told him, "we are quiet because of you. We don't want to upset you."

"But why would I be upset?"

"Your country is about to be destroyed. We didn't have the heart to tell you."

"Because your country is about to be destroyed. We didn't have the heart, nor did we know how to tell you."

Pierre was in shock.

What? His country was about to be destroyed? France was in mortal danger? "France?" he asked.

"No... Israel," they said. "Israel is about to be destroyed. We didn't know how to tell you. We know you are Jewish, Pierre. We knew it would upset you. We are so sorry."

"That's impossible! I cannot believe it!"

Another colleague went over the statistics with the Jewish reporter. "Egypt has this many hundreds of tanks. Syria, this many. Then there are Jordanian and Iraqi tanks. Israel has far fewer."

The situation was even worse when it came to warplanes. Egypt had many hundreds of superior Russian air force fighter planes. Syria had hundreds more. Jordan and Iraq helped round out a devastating advantage against Israel. The reporters rattled off figures for soldiers and ammunition.

"You see, Pierre, it's all over for Israel. We're sorry. We didn't want to hurt you."

Pierre began thundering, "No!! No!! This will not happen!"

The men looked at him incredulously as Pierre's voice rose to a shout.

The men viewed Pierre with a mix of pity and disgust. Two men walked over to him, took him by the arms and walked him out of the room as his colleagues shook their heads. Pierre was still screaming: "The God of Israel will fight on the side of the Jews!"

Three days later it became clear to the world that a miracle happened in Israel. The Jews not only fought off four neighboring Arab armies (and distant recruits as well), they returned to conquer their ancient capital as victorious heroes. For the first time in nearly 2,000 years, all of Jerusalem was in Jewish hands.

(* the reporter's name was changed)

Rabbi Shmuel Burstein is the author of "The War Against God and His People," by Targum Press. He is a Holocaust Studies educator and lecturer, and interviewed members of the families for this story. The British Government paid tribute to Leopold Socha in their permanent exhibition on the Holocaust, located in London''s ''Imperial War Museum.'' There, the manhole cover from Lvov, used by Socha, can be seen. A fuller account of this story can be found in "In the Sewers of Lvov," by Robert Marshall. Krystyna Chiger''s memoir, "The Girl in the Green Sweater: A Life in Holocaust''s Shadow," will be released September 30, 2008.

Why Bother Being Jewish?

Rosh Hashanah: The Power to Transform Your Life