3. Plowing: Back to our Roots 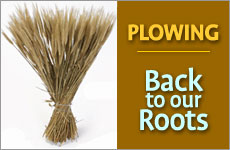 The ground rules: walking and playing.

Now that we've learned the fundamentals of the laws of Shabbat, we are ready to plunge ahead into the specifics.

The 39 labor categories that we've mentioned are divided into four groups. The first of these is known as 'the Order of Bread' (siddura d'pat), because it follows the process of baking, from seed to oven. This group includes the first 11 labor categories.

As we've learned in our prior lessons, each category is based on an activity done in the construction or operation of the Mishkan. The Jews needed to grow a number of items in order for the Mishkan to function properly. They grew wheat for the showbread that was placed each week on the Shulchan, the ceremonial table.1 They also grew various herbs that were used in making dyes, which were needed for coloring threads.2

Since the ground must be plowed in order to plant, plowing is one of the 39 categories.

So let's start – literally – at the roots.

Before planting, a person needs to prepare the soil. This was (and is) normally done by loosening the soil using a plow or other instrument. Plowing is therefore the classic case of Choresh.

(The original context of the melachot was an agricultural society. However, as we will see, even if we don't live in such a society today, the principles underlying the melachot are still relevant to us, and have many contemporary applications).

Other activities are also included under the broad heading of 'plowing' – namely, activities that improve the ground and help make it ready for planting. Some examples are:

Choresh applies only to land that may be cultivated, known as arable land. In contrast, you would not violate Choresh by plowing hard clay or desert land.4 Also, it is not considered Choresh if the soil is so loose that it would immediately fall into the space created by your plowing or digging.5 We may explain this by saying that your action hasn't improved the soil for planting, since the soil has gone back to its original state right away.6

For a quick review, then:

Remember Joshua from lesson #2? He needed to move furniture across the dirt in his yard. In doing this, he might create a pathway in the dirt (usually called a furrow), which loosens the soil – and which is therefore melacha form of digging.7

The halacha says that if the furniture is light – for example, a lawn chair – it will not inevitably make a pathway, and so Joshua may drag it.

On the other hand, if the object is heavy – say, a bench or table – it will in fact create a furrow because of its weight, and Joshua would not be allowed to drag it along the ground.8 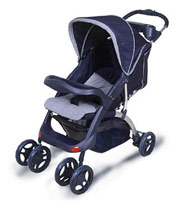 If so, you might say, how are we permitted to use strollers, carriages, or wheelchairs on Shabbat? Won't these create furrows because of their wheels?9

Here, the halacha pays close attention to the physical reality. Wheeled objects like strollers actually compress the soil through the rolling motion of the wheels. This does not actually improve the ground for planting – unlike loosening the soil – and so is not considered Choresh.

The same goes for walking on soil. The action of your foot has a crushing or compacting effect, just like a stroller. Again, this would not be the act of Choresh.10

Another aspect of this labor category is 'leveling the ground', an activity called by the Talmud mashveh gumot. The typical case is creating a level playing field by filling in a hole in the ground or by removing a pile.

Applying this idea, we see that if you want to remove mud or some other item from the bottom of your shoe, you should not rub your shoe on the bare ground. This will have the effect of leveling out the ground under you.11

Similarly, if you have an earthen floor in your house, you should not sweep it on Shabbat. Again, this would result in making the floor surface nicely even. According to most rabbinic authorities, this is not an issue when sweeping non-earthen floors.12 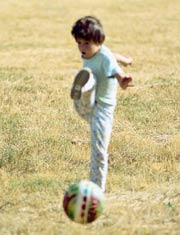 And finally, if someone wants to play a ball game (for example, soccer), it should not be played on natural ground. Here, the rationale is that you may inadvertently take a time-out to level the surface so the game can be played properly.13

So, regarding 'leveling', we have moved from the Talmud's case to some specific modern examples. These include:

In learning the basics of Choresh, the first of the 39 categories of labor, we have also learned some fundamentals about the laws of Shabbat in general. Two in particular to highlight:

25. Gozez: No Need to be Sheepish
The Blue Beyond
Great Place to Live
Is Eating Supposed To Be Spiritual?
Comments
MOST POPULAR IN Jewish Law
Our privacy policy