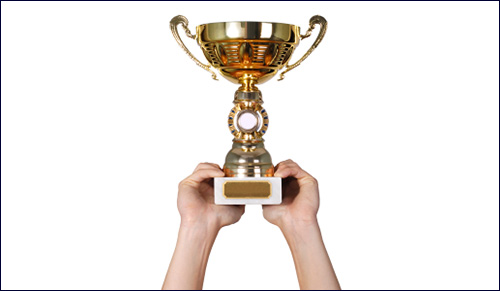 Israel gets more coverage than any other point on the face of the planet. So, what were the most memorable moments in 2013? The looming threat of a nuclear Iran? National elections that swept two newly-minted parties into dominant positions on the political spectrum? The sale of the revolutionary Israeli-designed WAZE navigation app to Google for an unprecedented 1.3 billion dollars?

In fact, the most telling events of the past year were (like every year) hidden in the back pages of the Hebrew press, a mother lode of wild and wacky news items that not only provide the fodder that feeds the incredible-but-true odd news site Chelm-on-the-Med Online; such memorable Chelm-like moments provide the candidates for the Chelm Project’s much celebrated annual Chelm Awards for the nuttiest and most piquant Only-in-Israel stories of the past year. So who are 2013’s Chelm laureates?

The Most Unforgettable Diplomatic Incident of 2013 belongs to a Belgian clerk in the city of Brussels who rejected the request by an Israeli couple to name their infant ‘Jerusalem’ fearing it would “harm the child,” adding insult to injury, by suggesting the Jewish couple name their kid ‘Bethlehem’ instead.

Had the clerk been an Israeli national, he would have qualified for the Chelm Award for Chutzpa, but that prize was earned by Haifa’s mayor Yona Yahav for claiming Israel’s offshore natural gas fields Dalit and Tamar 48 to 80 kilometres (30 to 50 miles) out in the Mediterranean, should be added to Haifa’s ‘jurisdiction’ thus giving his city the right to tax drilling or processing platforms established to bring the natural gas ashore, for arnona (municipal property taxes). 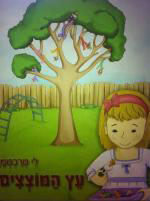 The Chelm Award for Innovation this year goes to Lee Trachtman, the school teacher behind a new hybrid species – the Pacifier Tree. The seed of the new variety was planted in the whimsical plot of Trachtman’s best-selling children’s book Etz Hamotzetzim which revolves around a nursery school with a pacifier tree and three-year-old Noa who, still beset by mixed feelings, has trouble separating from her pacifier – a motif that has been adopted in practice by countless municipal playgrounds and nursery schools, each with a designated tree where children are encouraged to hang up their pacifiers for good, when they are good and ready to part with them. 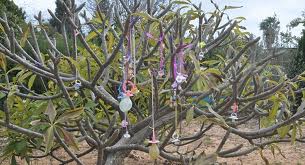 The Quirkiest Municipality Award – which in the past recognized Hadera for its plan to install singing traffic lights, and Jerusalem for turning the zoning commission’s Master Plan into a liturgical piece – goes this year to Haifa. Instead of engaging a contractor to take down a mustard yellow wall in Bat Galim that blocked the seafront, to make way for a promenade and bicycle path, city hall staged a mass do-it-yourself happening, inviting Haifa residents armed with hammers and chisels to come take down the wall in unison…to the tune of Pink Floyd’s hit Just Another Brick in the Wall

Who is the Fearless Sabra for 2013? The award goes this year to a devoted employee who refused to be deterred by a monstrous weather system last winter that turned the usually dry Ayalon watercourse (that serves as a wide 'meridian strip' between northbound and southbound traffic on the Ayalon Freeway) into a raging torrent, that spilled over onto the highway causing total gridlock on roads leading into the Big Orange. Israel Police reported an unidentified and apparently highly-motivated 'commuter' from Modi'in was fished out of the Ayalon watercourse unscathed by Magen David Adom personnel and delivered to Shiba Medical Center to be 'warmed up' after his kayak (!) capsized near Ben-Gurion Airport, half-way to Tel Aviv….

What about Chelm’s Honorable Menschen for 2013? It goes to the residents of the Neve Noi neighbourhood in Beersheva, who held a retirement party for Reuven Kakoshvili who for 21 years swept the streets of their neighborhood armed with a broom and a garbage pail on wheels. Besides the party, the residents organized a farewell gift that swept the aging Russian-born street cleaner off his feet: A prepaid credit card from a major department store chain loaded by grateful residents with more money than he probably made in a month of Sundays.

Like everywhere, there was no shortage of Luckless Crooks and Goofy Cops in Israel, but in the first category, surely the most unlucky of the lot this year was a group of Yemenite fishermen hauled into port by the Israeli Navy on suspicion of smuggling arms into Sinai, but found to only be carrying a whopping cargo of hashish. The foursome – who, of course, hadn’t taken their passports with them – were handed over to the Ministry of Interior. Because Israel doesn’t have diplomatic relations with Yemen, it took four months to obtain travel documents from the International Red Cross to send the four home via Egypt, where the fishermen were taken into custody by Yemenite authorities. Not for drug smuggling, mind you. They were arrested for “visiting Israel”… 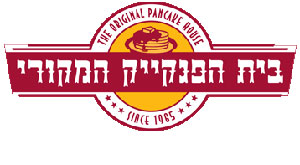 The Goofy Cops category undoubtedly belongs to two of Israel’s Finest who spotted a suspicious four-kilo bag of white powder in a car that they were convinced contained cocaine. Alas, the crime lab was forced to inform the sheepish pair that they had hauled in suspects for trafficking in pancake mix. Not only had the cops failed to notice the bottle of maple syrup on the back seat next to the suspicious package; they also failed to read the writing on the bag sent to the crime lab that clearly bore the name and logo of a well-known pancake house just up the road…

The IDF is unlike any other army, particularly when it comes to the unbreakable bond between Israeli soldiers and their moms, epitomized by the classic item about a fresh IDF recruit who was afraid of the dark and asked his mom to sneak into boot camp, where she secretly accompanied him on patrol every time he drew guard duty at night... Thus, it shouldn’t surprise anyone that the Only-in-the-IDF Award for 2013 goes to F-16 pilot Nir Yarkoni who hung up his wings’ at age 55 – his last flight marked according to an entrenched only-in-Israel tradition: His parents – Yehudit (86) and Musa (85) were in the control tower and Yehudit gave her son permission to take off…while his wife Dalit gave the retiring fighter pilot permission to land).

And the Only-in-Israel Award? It was a hard choice. 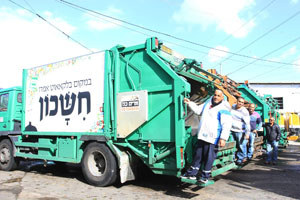 One promising candidate was Israel’s Civil Service. Employers around the world offer a plethora of attractive perks to their employees but only-in-Israel do public servants (provided they are single, divorced or widowed) enjoy their very own matchmaking service, designed to bring together unattached employees “with the same status level and pay slips” (not a bad idea considering few can live on the single income of the average low-salaried government worker). But in fact, the Only-in-Israel Award for this year goes to the city of Rishon le-Zion for its zealotry protecting Hebrew from pollution, by vigorously promoting adoption of new words coined by the Hebrew Language Academy to replace English words that lack a Hebrew equivalent, such as “talkback” (now say t’guvit) and “blackout” (cheeshachon)…by hanging giant signs with the new words on the sides of their municipal garbage trucks.

And the Ultimate Chelm-on-the-Med Award?

The Ministry of Finance ran off with this distinguished award for awarding a whopping 700 M NIS ($189.2 M) public tender for safeguarding and storing priceless government documents in a new archival facility in Arad, to a company whose archives in Maaleh Adumim burned down.

The ministry replied lamely that they hadn't signed a contact yet…

Daniella Ashkenazy is a seasoned bilingual Israeli journalist and founder of The Chelm Project, and Chelm-on-the-Med Online which will celebrate its 5th birthday this coming Purim, dedicated to transforming preconceptions about Israel – one chuckle at a time

The Bubbie Diaries
Were Adam and Eve Jewish?
How I Learned to Love the Multiverse
10 Big Jewish Inventions
Comments