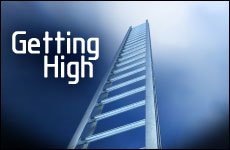 The guru's special mantra would give him a constant high. But there was an unexpected catch.

Justin Goldberg was thirsting for a deeper connection to spirituality. His annual High Holiday visit to shul just didn't do it. A student at University of Georgia in Athens – the Deep South’s home for every type of New Age and Eastern spirituality you could imagine, Justin began attending a class in Eastern Meditation. While reciting a mantra over and over again, Justin achieved an elevated state of consciousness that he could only describe as a “high.”

"If you really want to be high all the time, you have to meet the guru."

He finally approached his mediation teacher and told her his problem. “I love meditating and the high it brings me, but I don’t want to come back down after my session is over. I want to be high 24/7.”

A few weeks later, Justin and a bunch of friends made the grueling 12-hour drive from Georgia to New York to meet the guru. They were buzzing with excitement the entire way there, looking forward to the chance to get a special mantra – a secret divine name of a Hindu deity – with which to connect to spirituality.

They finally arrived at the large church where the guru was addressing thousands of guests and devotees. The church was full of a motley crew – devotees in traditional Indian garb, hippies, businessmen, yuppies, college students and more – a cross section of the entire city. Devotees sat cross legged on the stage playing dreamy Indian music while hundreds of people lined up to meet the guru. As Justin and his friends entered the church, the devotees instructed them to join one of two lines, one to get a hug from the guru, and the other to get a mantra. Although the majority of spectators had merely come for a hug, Justin and his friends joined the elite line to enter the guru’s inner circle.

As they were waiting, one of the devotees explained the ground rules for receiving a mantra. “In order to receive a mantra from the guru, you have to accept upon yourself a few conditions,” the young woman explained to the crowd standing in anticipation. “First, by accepting this mantra, you are hereby accepting the guru as your intermediary between you and God. She will connect you to the infinite love of the Divine. Second, you must accept upon yourself to pray exclusively to the guru from now on. She in turn will intercede on your behalf by turning to God to pray for you. Lastly, you must accept that she is your guru and teacher, a totally perfected and enlightened being. In return she accepts full responsibility for your spirituality.”

Suddenly, red flashing lights and sirens went off in Justin’s head. You can’t do this! This is idolatry! He didn’t spend a lot of time in Hebrew school as a kid, but he suddenly remembered the episode from the Purim story when Mordechai refused to bow down to Haman. Jews don’t bow down to people, he remembered. We only bow down to God. At the time, Justin had no idea what was wrong with worshipping God through a person. It was only much later that he learned that according to Judaism, every human being has the ability to develop a personal relationship directly with the Creator, without the need for an intermediary.

Despite all the anticipation during the 12-hour drive, Justin quietly walked off the line and settled for a mere hug from the guru instead. He watched longingly at his friends in the other line, on their way to being initiated into the ranks of the devotees. Throughout the long ride home, his friends were in ecstasy, meditating on their new mantras, while he was totally beside himself. Why in the world did I give that all up? he asked himself. What difference does it make that I’m Jewish?

The guru is known as the “Cabbage Patch Guru” because of the popular dolls made in her image and sold by her followers for a $180 per doll. In the car, Justin’s friends adoringly kissed the miniature replicas of the guru. “The guru is a perfect image of God, and this is an image of the guru,” they explained to him. The alarms kept going off in his head, but he still didn’t know why he listened to them.

“If you’re looking for spirituality,” the rabbi answered, “you’re not going to find it in Judaism.”

Upon returning home, Justin went to speak to the rabbi of the synagogue he grew up in. “What’s Judaism all about?” Justin asked. “How can I find spirituality in it?”

“If you’re looking for spirituality,” the rabbi answered, “you’re not going to find it in Judaism.”

Discouraged, Justin returned to Athens and went back to his meditation class, back where he had started. A few weeks later, a guy walked into the meditation class and announced that he was starting a class in Jewish meditation. Justin had never heard of such a thing and he jumped at the opportunity. It turned out that the teacher had just gotten back from a few months in yeshiva in Israel. In an effort to hold on to what he had learned, he decided to teach it to others. Together, the two of them studied traditional Jewish texts on spirituality and meditation. Justin was shocked to discover that Judaism had a rich mystical tradition.

As Justin continued to learn about Judaism, he decided to try integrating it into his daily mediation practice. At first, he started wearing his Bar Mitzvah tallit, a prayer shawl, during mediation. Next, he decided to start his session off by saying the Shema – the daily Jewish “mantra” that focuses on the Oneness of God. Justin was surprised to find out that traditional Judaism was much closer to his Eastern meditation practice than it was to his Hebrew school education. He realized that the Shema prayer was actually a deep meditation that was far deeper than stating the belief in one God as opposed to two. Proclaiming the Oneness of God means that there is nothing else but Him. The only way we can define Him is that He is “without end.” God is all that there is; all existence, all matter, all energy are just various manifestations of Godliness. There is nothing besides Him.

Justin also discovered that Judaism didn’t emphasize getting “high” from spirituality. He learned that the goal of spirituality was to take small steady steps that would lead to long lasting growth and development. It wasn’t about reaching a temporary state of ecstasy, but rather about constantly increasing awareness, sensitivity, and consciousness and integrating it into one’s personality in a balanced way. Spiritual experiences are very valuable, but they aren’t the goal. The goal is more like a life-long journey up the mountain – not the destination. Spirituality isn’t about being high 24/7. It’s about working, climbing, and growing until 120 – even through the lows.

After a few months of studying Jewish spirituality and meditation, Justin decided to go to learn in Israel. There, he not only immersed himself in Jewish philosophy, but he was also able to surround himself with Jews who were living and practicing their Judaism on a daily basis. Justin was deeply impressed by the beauty of the Jewish lifestyle, which manages to combine meditation, family and career in a balanced manner. After a year of intensive study, Justin returned to Baltimore where he met his future wife. Five years later he and his wife have made aliyah to Israel with their three beautiful children to live a hard-earned, elevated life.

Finding Meaning Amidst the Coronavirus Panic

A Super Bowl to Remember

My Last Line of Defense
Near Death Experience Panel
The Western Wall: The Heart of the World
Ask the Right Question: Tisha B’Av
Comments