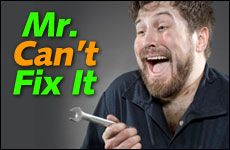 As a Jew, I’ve been blessed with a rich heritage. I’ve also been cursed with an inability to fix anything if my life depended on it.

If you’re like most people, you probably don’t trust your mechanic. Sure, your car seems to run better (or at least quieter) after he’s had a run at it, and he has lots of certificates on his wall, although many of them are in foreign languages, and you’re pretty sure that one of them says: “This certifies that (Name of Mechanic) has finished an enormous steak at Big Merna’s House of Meat.” But every time you bring your car in, he talks to you about things like belts and hoses and drive shafts and ballast resistors and differentials, and you’re pretty sure that he’s making some of these words up.

When my car starts making a funny noise I turn up the radio.

At least I do. But then, I’m not mechanically inclined, or in other words -- I’m Jewish. When my car starts making a funny noise, my first reaction is to turn up the radio. This fixes the problem for a while, until my radio volume is all the way up and the car starts bucking.

Some people, such as my father, are slightly more mechanical. He’s also Jewish. At least that’s what he tells me. And when my father senses that something is wrong with a car, his first reaction is to pop the hood. Not that he has any idea what he’s looking for. Maybe he’s hoping to see something very obvious, such as a badger, or a big hole where the engine used to be. Then he can say, “See? There’s your problem! The engine’s missing!”

But assuming all the parts are there, my father’s “go to” move is to check the oil. He pulls out the dipstick, cleans it off with a paper towel, and then puts it right back into the oil. Like everything that ever goes wrong with the car can be traced to the oil.

But at least that’s better than me. I, for one, can’t even figure out how to pop the hood. I am aware that there’s a latch somewhere, but I can’t figure out where it is.

So I do realize that it’s very important to take your car to the mechanic from time to time. After all, a car has a body, just like a person, so you need to treat it like a person. This means you can blame it for traffic, but it also means that you have to feed it right and keep it clean and drive it to the gym every once in a while. And when it breaks, you want to take it to the doctor so he can make you sit in a waiting room with old copies of “Car and Driver” until he lets you know that your car insurance doesn’t cover repairs.

On the other hand, we don’t want to think about repairs too much either, because we’ve heard too many horror stories about mechanics who charged thousands of dollars, or about cars that were brought in for repairs and never seen or heard from again. But the truth is that all of these problems can be avoided through careful planning. For instance, when selecting a mechanic, you want to bring along a list of questions:

Here’s some other advice in selecting a mechanic:

Most of the mechanics that I’ve dealt with I would classify as “semi-honest”, which means that I don’t think they’re lying outright. If they say something is broken, it usually is. But the issue is that they almost always say that something is broken. For instance, just last week a mechanic told me, “I fixed your clutch, but the oil tank is going to rust through pretty soon.” And it almost always does, two weeks later, even though it was fine until then. So very likely, it was something he did.

Now I’m not saying he does it on purpose. But I do suspect that fixing a car is a lot like the game, “Operation”, where you can accidentally nick things while pulling out other things. Like you’re trying to get a nut to turn, and the wrench isn’t moving, so you get out your hammer, and “Whoops! I nicked the oil tank.” Only the mechanic won’t say that; he’ll say that your oil tank is rusty and might develop a hole really soon, like as soon as the temporary patch he put on falls off.

“My oil tank,” you say, thoughtfully. “Hey, weren’t you chewing gum a minute ago?”

So the next time my car starts having problems, I am definitely going to bring it to my father, and let him check the oil. Then he can say: “See? There’s your problem! The oil’s missing!” 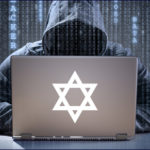 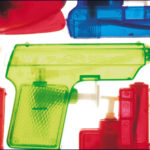 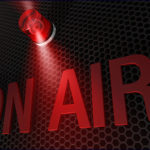 The 9 Best Moments in On Air Israel Defense5 min read

Can't We All Just Get Along?5 min read