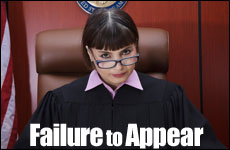 My petrifying experience in jail changed my life.

“You are sentenced to 21 days in the LA county jail.”

I stood silent looking over at my future wife as they read the judge's order.

I was charged with seven counts of failure to appear for a required court appearance. I had been pulled over years ago while driving on a suspended license and ordered to appear before the court. Since I was incredibly irresponsible I did not go and a warrant was issued for my arrest. I was subsequently pulled over six other times. Each time I was able to talk my way out of arrest and escaped judgment…so I thought.

Jail is definitely not the place for a nice Jewish boy.

Eventually I was pulled over and arrested. It never occurred to me that I could go to jail for what seemed like a minor offense. Even when I was arrested I was sure that I would just have to pay a fine and be on my way. As it turns out, it's a pet peeve of most judges when someone does not show up for court. My public defender informed me that the punishment imposed for this is often far more severe than the one for the underlying violation.

Jail is definitely not the place for a nice Jewish boy. Nothing I learned in my relatively sheltered childhood could prepare me for what I was about to experience…with one exception. Although I had considered myself an atheist for many years I grew up in a somewhat observant home and attended an orthodox shul. I was about to realize something I had not thought about since I was a little boy in Hebrew school. God loves us and protects us.

Before being shackled and taken on a bus from the courthouse to jail, I was able to call a friend of mine who previously had his own run-ins with the law. He was able to warn me of two scary realities of jail.

First, it is a racially segregated environment. There are four types of groupings in the LA County jail. African Americans and Hispanics who were born in America, Hispanics who were born outside of America, and Whites…very “proud” whites, complete with swastika tattoos and chockfull of racist and anti-Semitic rhetoric. If you did not fit in with one of these groups you were alone, and it is very dangerous to be alone in jail.

There was a young man that was on my bus from the courthouse. He had embraced the “urban culture” in how he spoke, dressed, and obviously identified. Once on the inside, he was not exactly welcomed by any of the groups. He was stabbed and taken to the infirmary shortly after we arrived. So like Daniel in the lions den I hung around with the white guys, also known as “the woods.” To this day I don’t know why they were referred to by that name. I was able to pass for Italian when asked about my background and from that point I kept my head down and only spoke when someone asked me a question. Despite my views of God at that time in my life, I had always been proud to be a Jew and I felt tremendous guilt and shame denying who I was.

The second thing my friend warned me about was that jail is a macho environment and I would be tested by someone. He advised me that if someone messed with me, I better stand up to him or I would have to fight someone every day.

A gentleman with the word TERMITE tattooed across his throat told me to give him my juice at breakfast.

My second morning in jail a gentleman with the word TERMITE tattooed across his throat told me to give him my juice at breakfast. Remembering my friend’s advice I took a deep breath and stood up for myself. I yelled some expletives at him and braced for impact. It never came. He walked away and from that point on no one threatened me.

The jail was overcrowded and we were actually sleeping in the chapel where the various religious services were held. One day I saw a man who was presumably a rabbi walking around. For some reason I longed to talk to him but feared that someone would find out that I was Jewish. He had a kind face and I felt some comfort in seeing someone in “my group” after feeling so isolated since I arrived. As the expression goes, there are no atheists in foxholes and from my first night in jail I silently cried out to God and asked for Him to protect me.

Fortunately, I was released early due to overcrowding. I went back to my “normal life” and did not give much thought to God's hand in my making it through the experience safely. In fact, I attributed this mainly to my friend's advice on how to navigate the jail culture. It wasn't until years later when the situation was firmly behind me and I was already on my path to Torah Judaism that I was really able to acknowledge what God had done for me. As I covered my eyes to say Shema one Shabbos morning, the image of the chapel in the LA jail and the face of the rabbi who I never got to meet came into my head. At that moment I realized there was no doubt that God protected me throughout my short but dangerous time in jail.

Until that point I had not put my finger on when I had taken the first step on my long journey towards leading a Torah observant life. It was in a jail cell surrounded by danger and hatred when I first opened my heart and mind, at least for a little while, to the fact that only God could help me.

Now when I pray I always have my jailhouse experience in mind when I bow and say the words Magen Avraham, 'the shield of Abraham.' I pause and think for a moment. What was the difference between me and the other guy who didn’t fit into a group? How was I able to avoid someone discovering my ruse about my heritage? Where did the courage come from to stand up to the large scary gang member who threatened me? Have I fully grasped the message I was supposed to gain from this experience?

Before my arrest I would get a sharp pain in the pit of my stomach when I'd see a police car in my rear view mirror. The fear of what could possibly happen would almost be too much to bear. Today, that feeling is reserved for the days leading up to Yom Kippur when the true Judge will decide my fate for the upcoming year.

I get to shul early… I review the list of charges against me…I focus on what I can do to change…and then I throw myself on the mercy of the Heavenly court.

I no longer fool myself into thinking if I don’t show up somehow I can avoid the consequences of my actions. Failure to appear before the Judge does not change the decree. But most of all, I try to avoid committing infractions that land me in court in the first place.

For Myself, A New History

Me and the Moai: What Was I Doing on a Remote Polynesian Island?
Don’t Believe in Other Gods Versus God is One
Seeing Without Eyes
Why Shouldn’t We Eat Whatever We Want?
Comments
MOST POPULAR IN Spirituality
Our privacy policy
Aish.com Is Looking for Great Writers