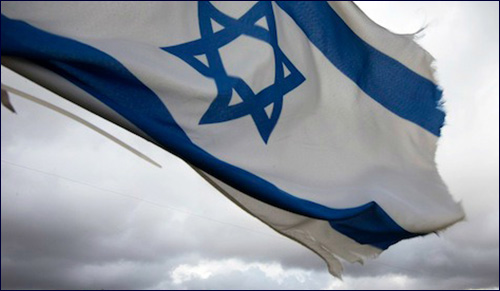 Key facts you need to know to defend Israel.

It is said that truth is the first casualty of war. Here are some lies that have been spread about Israel in recent weeks – and the truth behind these slanders. Only by clarifying the facts can we look forward to a realistic solution to the tensions. 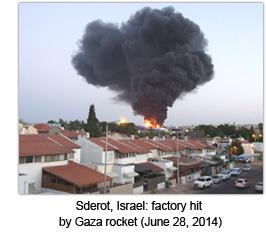 (1) Israel started this war, using the murder of three Israeli teens as a pretext.

In the first half of 2014 – prior to the outbreak of fighting – Hamas launched nearly 200 rockets at Israeli civilians. When the three Israeli teens were brutally kidnapped, Israel went looking for them in the West Bank; they were later found murdered. To divert attention from Hamas accountability, the terror group launched hundreds of rockets at the length and breadth of Israel, sending 80 percent of the Israeli population racing into bomb shelters.

Israel responded by rooting out the rocket sites in Gaza – in the process fortuitously discovering a vast network of terror tunnels that Hamas reportedly planned to used to stage a single day of mass kidnappings and murder of Jews.

(2) Fighting Israel is the only way Hamas can build a better life for its people.

If Hamas were serious about building a better life for its people, it wouldn’t have violently seized control of the Gaza Strip in 2006 and suppressed all future elections. Instead, Hamas imprisons and kills political opponents with impunity. Hamas “morality police” punish women for smoking and wearing “un-Islamic” clothes such as jeans and t-shirts. Honor killings of women are punished lightly, with as little as six months in jail. 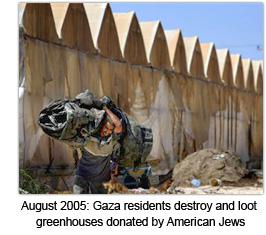 It takes millions of dollars, tons of cement, and a year’s worth of labor to build a tunnel from Gaza into Israel. In the past two weeks, Israel has uncovered 30 such tunnels – representing millions of dollars Hamas could have spent on the population of Gaza, but instead spent on fighting Israel.

If Hamas truly wanted a better life for Gazans, it wouldn’t have spurned trade and development in favor of terror and dictatorship. In 2005, when Israel removed all Israeli residents and soldiers from Gaza, Hamas and other looters destroyed 3,000 greenhouses donated by American Jews to help build their fledgling country – leaving a sorry symbol of Hamas corruption and terror.

Instead of minimizing human casualties, Hamas seems to be courting them. They have launched thousands of missiles at Israel from locations adjacent to or within schools, mosques, hospitals, and residential buildings: a staggering 11,000 since 2005. Far from building bomb shelters to protect their population, as Israel has done, Hamas has deliberately used the entire civilian population as human shields.

(4) The rate of Palestinian civilian deaths is alarmingly high.

Hamas claims that 75% of those killed in the current conflict in Gaza are civilians. Israeli sources found the overwhelming majority – two thirds – are males between the ages of 18 and 60, despite that demographic accounting for only 20% of Gaza’s population.

During a brief humanitarian ceasefire on July 24, Hamas executed 25 people without trial, accusing them of spying for Israel. These 25 were later added to the tally of people killed by Israel, and hailed as “martyrs." In the words of Bassem Eid of the Palestinian Human Rights Monitoring Group, Palestinian casualties are ultimately "in the interest of Hamas."

Human Rights Watch has accused Israel of “violations of the laws of war” and the United Nations has opened an inquiry into alleged war crimes by Israel – though not of Hamas, which deliberately targets Israeli civilians as an ongoing policy.

In attacking legitimate military targets lodged among civilians, international law places full responsibility for any civilian deaths on the fighters who've embedded themselves. (The Conduct of Hostilities Under the Law of International Armed Conflict, Cambridge University Press, 2004)

Caught in the difficult situation of responding to rocket fire from within civilian areas, Israel’s army has taken unprecedented actions to limit human casualties, calling the cell phones of people near or in targets to warn them of imminent bombings, and dropping Arabic-language leaflets warning civilians, as well as the “knock on the door,” whereby Israel fires a small round to warn people to leave an area before a strike.

Alarmed that this might reduce civilian casualties, however, Hamas has forced Gazans to act as human shields for the many rocket launchers imbedded in private homes. The New York Times dramatically described the recipients of one such warning, who quickly marshaled family members – including children – to enter the targeted building, forming a human shield.

Brazil has recalled its ambassador to protest Israel’s “disproportionate” response to Hamas rockets and terror tunnels. But proportionality isn’t measured in terms of death toll on either side: Israel, which has invested in bomb shelters for its citizens, in anti-rocket ammunition to protect its cities, and which doesn’t place its rocket launchers in civilian areas, has protected its people; even playgrounds in southern Israel have been ‘missile-proofed’ with millions of dollars of reinforced steel. Should Israel be blamed for properly protecting its citizens?!

In World War Two, 67,000 British civilians and 12,000 American civilians were killed, compared to the Nazis who lost over one million civilians. Clear responsibility for these deaths rests on the Nazis who started the war. More recently, in the 2004 urban warfare of Fallujah in Iraq, the U.S. killed 800 civilians and destroyed 9,000 homes. Did we hear cries of "disproportionate"?

As military analyst Colonel Richard Kemp concludes: "I don't think there has ever been a time in the history of warfare when any army has made more efforts to reduce civilian casualties and deaths of innocent people, than the IDF is doing today in Gaza." 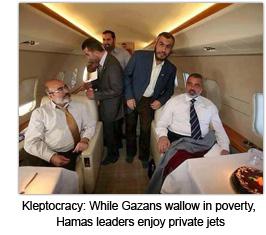 (7) Hamas is a humanitarian organization.

Hamas bills itself as a "humanitarian organization," yet it’s anything but. As the people of Gaza endure high unemployment and limited economic growth, Hamas’ leadership skims off profits, collecting ruinous taxes on business transactions, and steals international aid outright. Ismail Haniyah, Hamas’ leader, reportedly owns numerous homes throughout Gaza, and in 2010 paid $4 million for a beachfront home in Lebanon. His deputy, Khaled Mashal, controls a $2.6 billion fund donated to Hamas by the governments of Qatar and Egypt.

If Hamas were truly fighting for the rights of ordinary Palestinians, it also would hold elections, ensure human rights, and stop pursuing political opponents. But it chooses to spread terror.

The Hamas Charter calls for the destruction of Israel and the death of Jews around the world: “the Zionist plan is limitless” and “our struggle against the Jews is very great... until the enemy is vanquished.” Who can doubt that, if given the chance, Hamas would inflict mass casualties on Israel and Jews? Given this existential threat, Israel has no choice but to try to demilitarize Hamas and destroy its tunnels.

Ironically, in 2013 Hamas leader Ismail Haniyeh boasted that Hamas had acquired new rockets that were capable of hitting Tel Aviv – at the very time that his own granddaughter was being treated in Schneider Children’s Hospital near Tel Aviv!

(9) All the Gaza casualties are Israel's fault.

Many of the rockets Hamas has launched into Israel have fallen short, hitting targets in Gaza instead; often, Israel is blamed for these hits and their resultant civilian casualties. One high-profile case is the UN-run school bombed on July 24 with 16 casualties. Israel categorically denies bombing the school when anyone was present, and has produced aerial footage proving its case.

Four days later, a Gaza park was bombed, killing nine children and an adult. The Israeli army explained that the incident was carried out by Gaza terrorists whose rockets fell short and hit the Shifa Hospital and the Beach (Shati) camp. 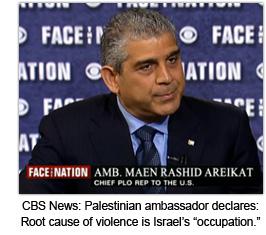 Israel does not occupy Gaza, having unilaterally disengaged – withdrawing every soldier and civilian – in 2005. Despite the thousands of terrorist rocket and missile attacks emanating from the Strip for years, Israel continues – even during this crisis – to truck in tons of medical supplies, food, humanitarian goods and fuel.

Despite the war, Israel has kept the Kerem Shalom crossing open to a steady stream of humanitarian aid into Gaza, and allows humanitarian access at the Erez Crossing in northern Gaza. The Israeli military also operates a full-scale hospital at the Erez Crossing, treating Palestinians from Gaza. Both crossing points are under a steady stream of attack every day from Hamas forces.

While many Gazans are indeed suffering from a supply shortage, signs point to Hamas intentionally exacerbating the crisis as a propaganda weapon against Israel – while creating a flourishing black market that filled the pockets of Hamas thugs.

Soon there will be calls for shipments of tons of concrete into Gaza to "rebuild." Past concrete shipment have gone to construct terror tunnels. Will the international aid agencies be fooled again?

If Israel is perpetrating genocide, it is doing a terrible job. Why hasn't Israel acted worse? Where are the slave labor camps and the nightly massacres? It is difficult to reconcile the idea of "genocidal Israelis" with 1,000 Palestinians, mostly combatants, killed in the fighting. Two-thirds of European Jewry exterminated by the Nazis? That's genocide. 800,000 Tutsis (7 out of 10) killed in Rwanda? That's genocide.

Israel has faced difficult choices in Gaza and has acted at every step to minimize casualties, protect her citizens, and help build a better life for all the people – Jews and Arabs – in the region.

And Then They Came After Us